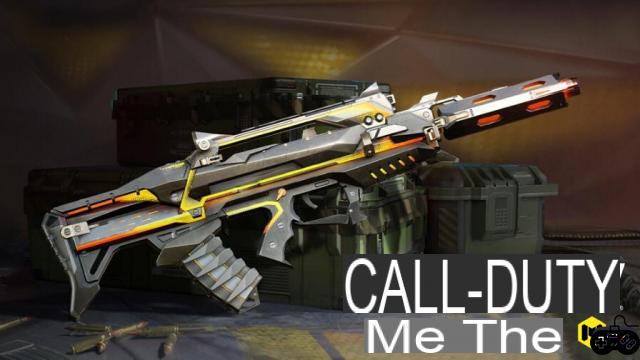 COD Mobile Season 8 "2nd Anniversary" is here, and each new season start means there will undoubtedly be changes to the meta.

The extent of these changes depends on several factors, from balance changes introduced with the update, to new weapons, new maps, or just a small fluke in the meta when some old weapons suddenly become popular.

As for Assault Rifles, the Season 8 update has some really big changes in store for this class, as it nerfed Assault Rifles across the board.

All assault rifles now have reduced damage range and weapon damage. The developers say the reason behind this decision is to "promote greater accuracy" and we're inclined to agree with that position.

Assault Rifles have been a go-to class as a primary weapon and making them slightly more skill intensive is good for the overall health of the game.

Of course, that doesn't mean ARs are no longer viable in COD Mobile, they're still by far the safest choice and cornerstone of any gunsmith setup.

Let's see which are the best and worst assault rifles at the start of the season 8 meta.

In case you didn't know, ARs are versatile weapons and the most widely used class in the game. Depending on the attachments and equipment used, weapons can be adapted to a variety of use cases.

Notes: Our tier lists are not an exact science, however, we strive to make our AR list as accurate as possible.

There are a total of 18 assault rifles in COD Mobile Season 8, with the 19th assault rifle, the M13, coming later in the season. We've ranked all ARs from best to worst, taking into account balance changes for weapons and attachments, as well as the current meta.

Tier S on our Assault Rifle tier list was not scratched in the last round of balance changes, thus remaining the same.

The Mann-O-War and ASM-10 are still some of the strongest weapons in Season 8, and you'll never go wrong if you choose the DR-H.

The LK24 entered the S Tier the previous season and it remains here in Season 8.

The CR-56 AMAX is slowly moving up our tier list, trading places with the AS VAL, which saw some of the biggest changes in the Season 8 update. Added in Season 5, the weapon has insane mobility and one of the fastest fire rates in its weapon class, making it perfect for mid-range combat.


Changes to the AS-VAL are aimed at making it less useful in medium and long range combat while improving its performance at close range. The weapon now has slightly increased vertical recoil and recoil, making it harder to control, and we don't like that, so we're downgrading it from Season 7. But we'll have to test further.

No changes here, all of these weapons have some potential, but only if you are a really skilled player who is confident with these weapons, otherwise avoid them.

Our Tier D list remains the same in Season 8. We will continue to advise players to avoid AR M4s, M16s, and ICR-1s this season. They are in this level for a reason.

This completes our list of the best COD Mobile Season 8 Assault Rifles, ranked from best to worst.

Be sure to check out our dedicated COD Mobile section, featuring all the news, guides, weapon tier lists, loadouts, and more.