The next World Series of Warzone tournament is still a long way off, but Twitch Rivals is coming just in time to bring us another epic Warzone Showdown event.

Warzone Season 4 is well underway and players are now well versed in all the best strategies and loadouts, and we are ready for a big event full of top notch play and exciting times.

Warzone Showdown EU will have some of the best Warzone content creators from the EMEA region invited to participate, while content creators who are not invited will have a chance to secure their place through open qualifiers, as Twitch Rivals will be hosting a qualifying event. before the main tournament.

Here's everything you need to know about the Warzone Showdown tournament.

The event will have two stages, first an Open Qualifier and then the main tournament a few days later.

The event will be a trios tournament, with 49 captains (147 players) participating in an Open Qualifier, but entry priority is based on the discretion of Twitch Rivals.

Rules for qualification and main event

At the moment, the captains and players have not been revealed yet, but we will update the article as soon as we have more information.


We expect to see some of the biggest and most popular Warzone content creators in Europe, like Vikkstar and many more.

The event boasts a prize pool of $75. At this time, we don't know the breakdown of the prize pool by placement, but we'll add more details once Twitch reveals them.

How to watch the Warzone Showdown EU stream

The tournament will be streamed live on the official Twitch Rivals channel.

Additionally, all participating content creators will be welcome to stream their tournament POV. 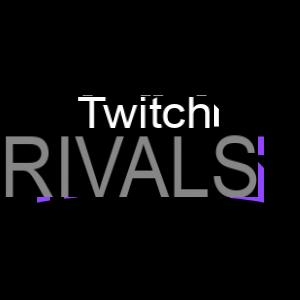 TwitchRivals – TwitchTwitchRivals is streaming live on Twitch! Watch their videos, sign up to chat and join their community.Tic
Warzone Hacker Banned From Twitch Rivals Tournament ❯