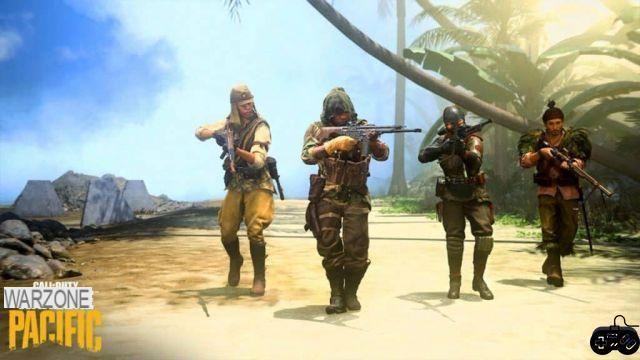 The day has finally arrived, the biggest Call of Duty: Warzone update yet is here, the Caldera map is now live and with it the Warzone Pacific era begins.

Verdansk is now a thing of the past, as it will no longer be available in battle royale, replaced by a sunny Caldera island in the middle of the Pacific Ocean.

Things may be new, but war… well, war never changes. Unless we're talking about the meta, of course, the meta changes a lot, especially with so many new weapons, a brand new map, lots of gameplay changes, and so much more.

And while the new season and new map just dropped, we can safely say that we already have a pretty clear idea of ​​what guns will be broken on Caldera in Season 1, so without further ado, let's check it out. best weapon for each class in Warzone Pacific Season 1.

Below are the best weapons for each main weapon class in Warzone Pacific as well as the best sidearm for Caldera. We won't talk about lake launchers or melee weapons, because they aren't really important.

Before we continue keep in mind that Warzone Pacific introduces completely new conditions and gameplay elements to the game making battle royale essentially a completely new experience and so this list will likely be kept as we get more familiar with it. the game.

Still, we've tested this weapon extensively to make sure you won't go wrong if you choose to use them on the Caldera map at the start of Warzone Pacific Season 1.

We're kicking things off with the STG 44. Vanguard's most powerful pre-season AR is a perfect gun for Warzone Pacific Season 1. The STG 44 is good because it is a well-balanced weapon, which offers strong firepower and reliable accuracy. , and this is especially important for many open areas of Caldera, where you'll often find yourself in a mid to long term trade.

On top of that, it's a very fast weapon that won't hamper your mobility, and that's really important when playing Caldera due to the huge map size. Speed ​​and mobility will be of paramount importance on Caldera, and the STG 44 feels like it was built for the map in that regard.

With Warzone Pacific, six new Vanguard SMGs have been added to the battle royale, but our pick remains the same, the MAC-10.

The MAC-10 offers superb hip-firing accuracy, which you'll often need when moving 473ur the massive Caldera Island, unless you're planning nonstop ADS.

Having reasonably low recoil and a very high rate of fire, the MAC-10 is ideal for mid-range and close quarters combat, which is a perfect fit for a variety of situations you'll find yourself on Caldera in Warzone Pacific Season 1.

Although there are now three (3!) versions of the Kar98k in Warzone (Modern Warfare, Cold War, and Vanguard), you can honestly choose whichever you prefer and you won't go wrong.