Krampus nerfed in Warzone Pacific amid flood of player complaints

Author and references
It's been over a week since the Call of Duty: Warzone Pacific Festive Fervor holiday event kicked off, and players were already complaining about the fearsome Christmas folklore beast Krampus ruining their games in Caldera. Many players felt the beast was overpowered and cost them their matches by spawning and chasing them late in the game. Subsequently, Raven Software came to the rescue, offering respite to struggling gamers.

On December 21, Raven Software responded to the flood of player feedback, noting that Krampus would no longer appear after the Fourth Circle. Christmas Beast health has also been significantly reduced in Warzone Pacific.

Raven Software @RavenSoftware Looks like Krampus has risen to the top of the Festive Fervor villain list. So… • Krampus health has been significantly reduced in all modes/respective squad sizes • Krampus no longer spawns after the 4th circle. Let this be a lesson for all those pesky elves. ?? 19:21 Dec 21 2021

The good news has many gamers rejoicing, including popular Twitter news source, Modern Warzone, who said, “Thank you so much. Everyone thought we were going to be stuck with him like he is until after Christmas. »

Other users on Twitter also expressed their gratitude, thanking Raven Software for listening to Warzone Pacific player complaints. However, other users were less convinced and continued to criticize the developers for the multitude of ongoing issues in Warzone Pacific.


" Thanks, why ? People on console [are] still struggling with this game crashing every couple of games,” one user said. Another user said, “Why don't you try to repair the game first? [It is] actually unplayable. »

A third user reported an issue with controller aim assist. In the video, the reticle was
1 meter behind players”, but all bullets still hit the enemy target. "Fix your game!" And remove aim assist from Warzone! [What the frick] is shit,” the user said.

ArquiMine @ArquiMine @RavenSoftware Fix your game!! And remove aim assist from the warzone!! Wtfck is that shit?? The cross air is 1 meter behind the player and all balls hit, all!! Take it out!!! https://t.co/xWVoBVrw98 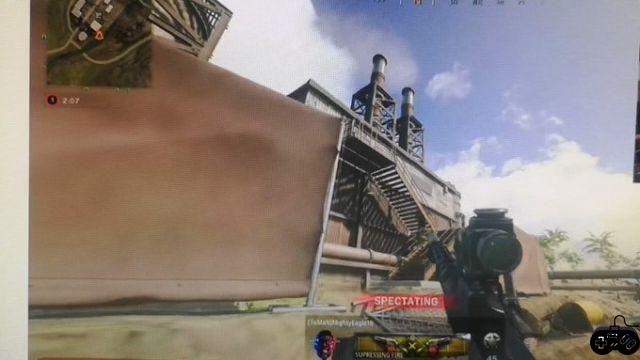 While players are fuming over the many console issues still present in Warzone Pacific, at least Christmas won't be marred by the dreaded beast of folklore that is crushing players in their games.