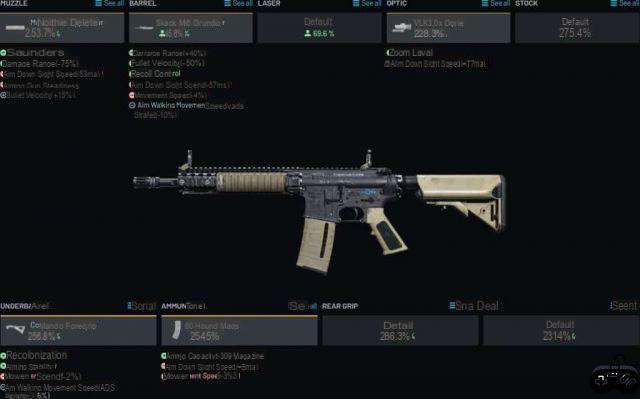 Raven Software released the Season 6 patch for Call of Duty: Warzone in the early hours of October 6 with lots of new content such as new operators, a shiny new battle pass, revamped POIs, and five new working weapons. While the new features are a welcome surprise for Warzone players, at the same time, the significant weapon balancing changes in the Season 6 Reloaded update might disappoint some players.

However, one of the most iconic M4A1 Assault Rifles continues to be a solid weapon as it is unaffected in the Season Six update. However, being a versatile weapon, the top five attachments for the M4A1 continue to vary even without any balance changes. With that in mind, let's take a look at the best class setup for Warzone M4A1 according to the latest meta.

To get the most out of the M4A1 Assault Rifle in Warzone Season 6, you'll need to pick the five perfect attachments to get the job done.

The best M4A1 loadout at the start of Warzone Season 6 is:

To start, we opted for the Monolithic Suppressor, an infamous attachment that conceals the weapon's audio fingerprint. On top of that, it refines the damage range during fights.

The Corvus Custom Marksman Barrel Attachment is exclusive to the M4A1 Assault Rifle and a few other Warzone weapons, which increases muzzle velocity and extends range at the cost of reduced ADS and movement speed.

This loadout uses the Corp Combat Holo Sight for the optical counterpart, which is an ideal choice for the M4A1. Alternatively, players can also choose VLK 3.0x optics for more precise accuracy and range.


Finally, we decided to use Commando's front grip to the Underbarrel slot for better maneuverability. This foregrip provides enhanced recoil stabilization while focusing on aiming stability. However, it also includes a bit of movement speed.

Watch the Excellence video featuring the M4A1 loadout in action, dominating opponents with the deadly loadout.

So there you have it, the best M4A1 loadout for Warzone Season 6, with all the right accessories.

add a comment of Best M4A1 for Warzone Season 6