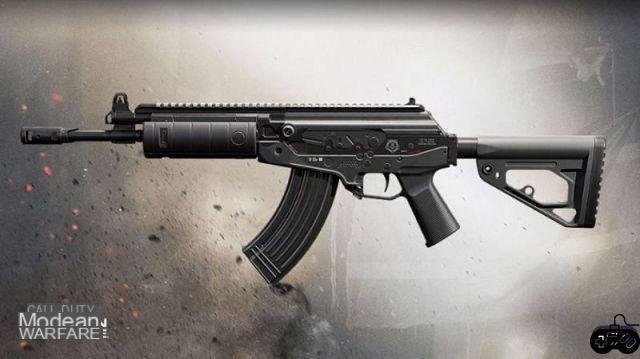 The Season 4 Reloaded update is here, and it comes with a new game mode called Payload, new weapons, a killstreak, and new content.

Other than that, the update tweaked many Warzone weapons, including one of the most infamous assault rifles, the CR-56 AMAX.

If you want to land a win in Warzone Season 4 Reloaded, that too with CR-56 AMAX, then you shouldn't overlook this loadout guide.

Here is the best loadout for CR-56 AMAX recommended for every Warzone player after the last patch.

The best CR-56 AMAX loadout at the start of Warzone Reloaded Season 4 is:

The CR-56 AMAX delivers exceptional performance while engaging in mid-range combat. Moreover, the Assault Rifle would also be suitable for long-range battles. Below we have selected a range of accessories to improve aiming speed (ADS) and effectively control its recoil.

To begin our loading, we chose the Monolithic Suppressor for the muzzle of the gun to achieve supreme sound suppression and increased range. The attachment also provides additional range for marginal downward aiming speed and aiming gun stability.

COD Warzone offers a wide range of barrels for each weapon, but we have selected the XRK Zodiac S440 for our CR-56 AMAX loading guide. With this precision barrel, players can quickly reach the top of the range.


In order to achieve better handling, we decided to use Commando's front grip to the Underbarrel slot. These foregrip offerings have improved recoil stabilization while focusing on aiming stability. Therefore, it is typically used with weapons such as the CR-56 AMAX that have difficult-to-control recoil patterns. However, a bit of movement speed will be compromised when the gun is equipped with Commando Foregrip.

Finally, an extended magazine like 45 round cartridges is an excellent choice for excelling in intense situations. The attachment holds 45 rounds of 9mm Parabellum ammunition with a slight increase in weight.