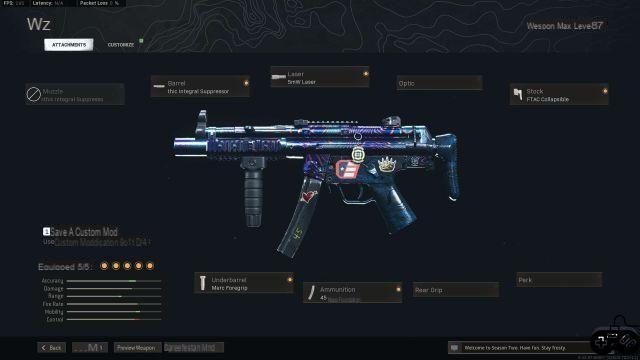 The MP5 has been a great Warzone weapon since its introduction in its MW version. The MP5 has been a staple of almost every meta we can think of, and we can say with certainty that things will remain the same in Season 3.

The MP5 is one of the most iconic and powerful weapons in the Call of Duty franchise, and it's only fitting that fans love to play with it, as they know its performance well and you feel right at home when you have it. shot with. he.

It's still a reliable weapon, not too strong but far from weak, and it'll always be there as a secondary weapon of choice whenever we don't know what to choose.

If you share that love for this weapon with us, we have a perfect loadout of MW MP5s for use in Warzone Season 3.

And that's it, it's our perfect MP5 MW loadout for Warzone Season 3. We hope it serves you well as in previous seasons, and most importantly – we hope you have lots of fun playing with it!