What are BPs for in PubG Mobile? 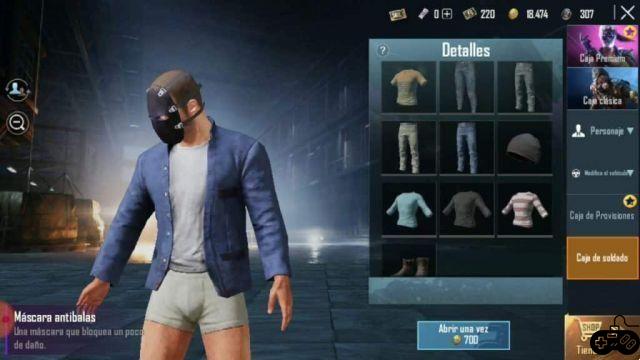 Battle Points are one of the most essential tools created for exclusive use in the game PubG Mobile. This renowned currency represented in the form of gold will help us to obtain different benefits in the game. In this article we are going to explain everything we can do with bp coins.

PUBG Mobile It has a very competitive community, so it was necessary to have multiple exchange currencies to be able to advance in the game, truly the Premium currency is the UC currency, with which you can opt for very exclusive benefits such as the elite pass royale and others store fixtures. However, this does not take away the relevance of Battle Points, because we can achieve this currency with the mere fact of dedicating time and games to the game, being an active player in PubG Mobile is going to be the key to being able to find many coins bp.

What are BPs and what are they for in PubG Mobile

With the bp we can acquire many accessories from the store, such as the soldier's box and easy clothes, which will not be really difficult to collect. In addition to this, it is the only currency with which we can create our clan, one of the most essential facets to increase our level in the game.

In PubG Mobile Lite, the Bp coins are called L-coin, using them as exclusive coins of the version of the game for low-end devices, with them you will also be able to fill each and every one of the actions that we have previously mentioned.


It is possible that at some point in the game you will need to acquire the bp to advance faster at the moment you are in high ranks, you will be able to locate a greater number of bp coins depending on your performance in the game, with the current system of the game in which it measures your kills in game + the damage caused to your enemies + the ranking position that you finished among the hundred survivors + the survival time.

What are Goblins for in Clash of Clans ❯

add a comment of What are BPs for in PubG Mobile?