What is the Dark Elixir for Clash of Clans 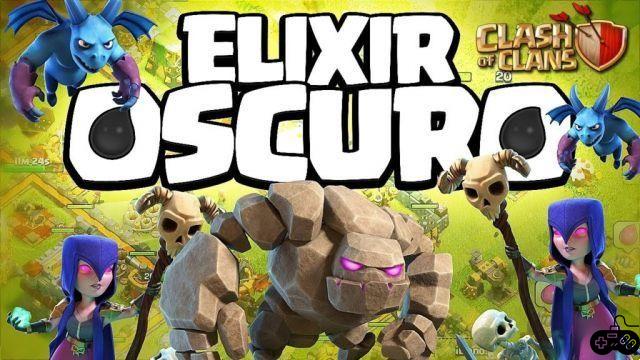 Within each and every one of the resources that you can use in the Clash of Clans game, the dark elixir is the most sought after and desired by the community, simply because having it already means that you have an essential advantage over the other players, if you know how to use it. Here you will be able to learn what the Dark Elixir of Clash Of Clans and everything you can do with it.

How to achieve the Dark Elixir in Clash of Clans?

You can't have more than three hundred and fifty dark elixir, that's the maximum capacity of a level nine dark elixir store.

What exactly is it for? the Dark Elixir in Clash of Clans?

Our recommendation: Use the dark elixir for the heroes

The most valuable characters in the villages require dark elixir to unlock and upgrade them. With large amounts, depending on the hero. The only one who doesn't need it is the Great Sentinel.


In addition to the dark elixir, each hero is unlocked by reaching certain township levels, so you'll need to level up to get them all.


Of course, if you have a different strategy where dark troops and spells are the priority, this resource is essential so that you can advance and win battles. The essential thing in any of the cases is that you always have a good amount of dark elixir.

What is the gyroscope for in PubG Mobile? ❯