Genshin Impact update 2.3 added two more characters to an already impressive and diverse roster. As more and more characters are added to the game with each content update, there is interest in the community for other characters we haven't seen yet.

With information available online via leaks and rumors, a popular character has been revealed to be coming to Genshin Impact soon. This character is Yaoyao, who is presumed to be the first Dendro character in the game.

This week, renowned Genshin Impact source Lumie uploaded a video to Twitter that highlighted a number of characters that have already been leaked since the closed beta.

These characters included Hu Tao, Sayu, and Thoma, the latter of which arrived in the Genshin Impact 2.2 update.

Lumie @lumie_lumie We've come a long way, travelers. Of all the characters datamined in Closed Beta 1, most have been or will soon be released. https://t.co/PGxTkL9ll6 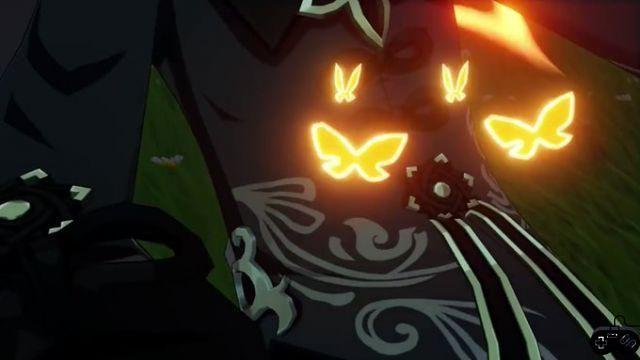 The video ended with Dendro's character, Yaoyao, giving players a glimpse of the character's first look in the game. The video clip didn't reveal too much information about his elemental skill or burst, however, it shows what she will look like once she arrives in Teyvat.

Additionally, Lumie uploaded a character design image of Yaoyao, hinting that she may be coming to Genshin Impact soon. “The release date is still unknown, although it will likely come with Chasm at this point.


The Dendro element is one of the seven elements in the game and the only one not available in Genshin Impact. Since the game's launch, players have encountered many enemies using Dendro's abilities like the Wooden Shieldwall Mitachurls and most recently, the Canine Bunshin from the Bantan Sango Case Files event.

Moreover, the Dendro element is also related to a region that we haven't seen in Genshin Impact yet. Datamined information previously hinted that the Sumeru region might be coming in a future game update. Another region that has already been leaked is the Enkanomiya region which might be coming in the 2.4 update, which will featured the recently leaked Lantern Rite event.


With the second half of the 2.3 update starting in mid-December, Genshin Impact players can expect plenty of new content. The latest character reveal for Yaoyao is sure to create a lot of excitement within the community ahead of the next content update.

Be sure to check out our dedicated Genshin Impact guide for the latest news, updates, guides, leaks, and more.