Best weapons in Warzone Reloaded Season 5: The most powerful and broken weapons 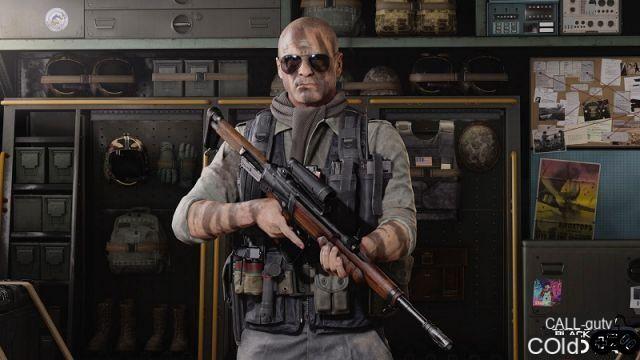 Warzone Season 5 Reloaded is here to spice up the meta as we near the end of the Black Ops Cold War era of Warzone.

We've been playing Warzone for a year and a half on Verdansk as the main battle royale map, but things are about to change drastically as Call of Duty: Vanguard will introduce a brand new Pacific map, which will completely replace Vardansk, with Verdansk gone for good.

With only a few months to enjoy Verdansk, there's no time to waste, and no time for experimentation, so you'll have to play with the best weapons the game has to offer.

And of course, that's why we're here. As with all previous Seasons and Mid-Season Updates, we've curated the ultimate list of the best weapons for Warzone Season 5 Reloaded, across all classes in the game, so you know exactly which weapons you should choose if the The goal is to maximize your chances of winning.

We tested the weapons, watched the pros talk about the new meta, and analyzed all the buffs and nerfs, and came up with the result below.

The best weapon in each class for Warzone Season 5 Reloaded

With the Krig 6 being significantly nerfed in the Season 5 Reloaded patch, the FARA 83 now stands out as the best option in the Assault Rifle class.

The Argentine Army's signature rifle (Fusil Automático República Argentina) has been a great gun to choose from for several seasons now, despite some nerfs in Season 4 Reloaded. The FARA 83's effective damage range is one of the best in its class, and if you pair that with the weapon's immaculate accuracy, you'll see why we find it to be the best AR for Warzone Season 5 Reloaded. . If long-range skirmishes are your favorite style, grab the FARA 83.

The MAC-10 remains one of the most popular SMGs in battle royale and for good reason. The reason for this is that the weapon has surprisingly low recoil given its very high rate of fire, a combination that significantly lowers its TTK as you will be able to stay on target despite having your finger on the trigger non-stop. .

It's a very effective weapon for close to mid-range combat, and its hip-firing accuracy makes it excellent for tight areas and intense situations where you often don't have the time or space to constantly ads.

The PKM entered our list of the most powerful Warzone weapons at the start of Season 5 and it continues to top Season 5 Reloaded.

The PKM has everything you would expect from a light machine gun. It's the easiest weapon to control in its class, it's reasonably accurate, and it's capable of dealing an insane amount of damage. Finally, with its large magazine capacity, you'll be able to stay in extended gunfights and take out multiple targets before reloading.

No changes here either, the Kar98k Marksman Rifle remains our preferred choice for Season 5 Reloaded.

I quote myself here: “The Kar98k's absurd ADS, rate of fire, and mobility make it an easy choice as a deadly long-range weapon. One of the main drawbacks of good sniper rifles is that they hinder mobility, but that's not the case here. »

You'll feel like a seasoned WWII sniper from the Eastern Front, flying 473 around the map and killing targets from a distance effortlessly.

To be honest with you, we still think the Gallo SA12 is probably the best choice for players who like to have a good all-around shotgun, but for Season 5 Reloaded we've decided to switch to the Streetsweeper, because we think gamers who love shotguns probably want an experience closer to the "shotgun fantasy".

And to that end, the Streetsweeper is a perfect choice, as it's the second-best shotgun in the game while still acting and feeling like you'd expect from a traditional shotgun.

Don't worry, I know many of you are probably having an attack of PTSD right now, because we all know how extremely problematic DMR 14 was at the start of the Cold War meta.

The DMR 14 has seen some minor improvements over the past few seasons as the devs nerfed the weapon earlier this year and are now gradually trying to make it viable again. The latest patch sees the weapon's recoil adjusted and is now much easier to control, and we suspect it will be a sleeper hit for the weeks to come. Try it and see how you feel!

The phrase "stick to your guns" here is pretty literal, as we're still sticking to our favorite gun in the game, the good old Deagle.

This sidearm has insane power and is arguably one of the best secondary weapons in the game for those who know how to use it.

And with a few proper attachments, you can increase the weapon's range and improve its rate of fire, making it even more reliable. Although it's still a rather slow weapon, so be sure to aim well and land those powerful bullets high in the opponent's torso and head for maximum damage.

There you have it, the best weapons of each class after the Warzone Season 5 Reloaded update.

As always, keep in mind that the meta is constantly changing and Warzone's weaponry has generally been well balanced over the past few seasons, so other weapons could easily be called the best in their classes.
Additionally, personal preferences and playstyles should also be taken into account, which means that some weapons that are objectively not best in class may be just right for you.

Best weapons in Warzone Season 6: The most powerful and the most broken weapons ❯

add a comment of Best weapons in Warzone Reloaded Season 5: The most powerful and broken weapons