What is Inventory in PubG Mobile 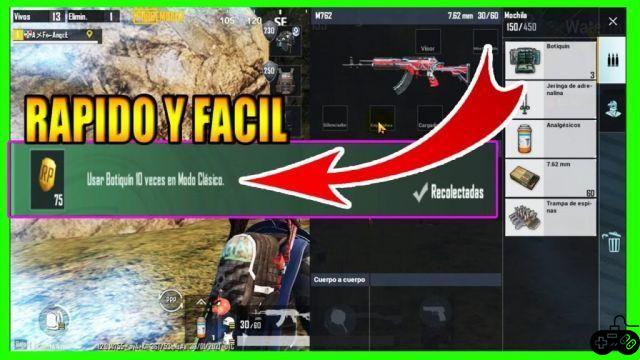 If you've seen the collect inventory quest a number of times in your Royal Pass, you may be wondering what inventory is in PUBG Mobile. In today's guide we will answer this question, such as the explanation of the procedure to complete this mission. The Royal Pass is a set of missions that change as the time changes. Always and in all circumstances there are similar missions. And it is that, in truth, the exact same set is chosen every time it is restarted.

What changes over time is the rewards it offers. For example, previously you could have earned a suit for raising the Royal Pass to level five, and today you can earn a skin for your weapons.

What is Inventory in PubG Mobile

So leveling up your Royal Pass doesn't become secondary, but primary to have better quirks and access more customizations in the game. The collect inventory mission consists of performing exactly the same action over a given time. If you want to know what inventory is in PUBG Mobile, we will tell you now.

Many people may think that it is simply picking up someone else's box, and even simply deleting someone with nothing in their pocket. However, this could not be further from the truth. PUBG Mobile is a game that, to be honest, is quite optimized, but when it comes to translations, it leaves a lot to be desired. An example of this are the objects and the non-translation of SMGs to submachine guns.

In-game inventory refers to an accessory on weapons, rather than anything else. And the accessory that PUBG mobile refers to when it lies is the stock of the M416 and the vector. For this reason, it is a bug in the translation of the game, and that has been presenting itself for about two years and that affects many Spanish-speaking players on a daily basis.

What is KD in Apex Legends ❯

add a comment of What is Inventory in PubG Mobile