Who is Alice and when will she come to Genshin Impact? 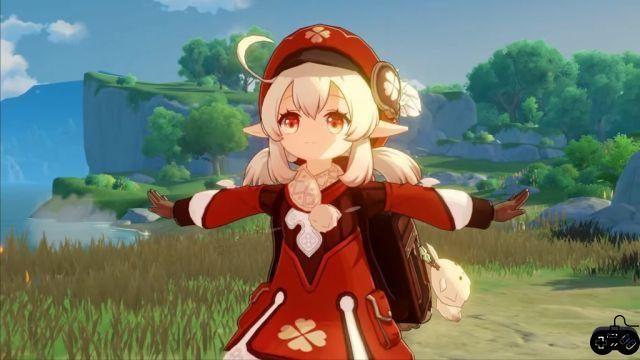 With the relaunch of Klee's banner with Genshin Impact update 1.6, many players have wondered if at some point we will have the opportunity to meet Alice, an adventurer of great skill and prestige within Mondstadt, and also Klee's mother.

And although miHoYo never revealed Alice's appearance, the arrival of the Midsummer Island Adventure event made her name resonate with many wondering if she might be coming to the game in the near future, so if you Want to know more about Alice and her possible arrival, sit back traveler as we tell you what we know.

Alice is a famous adventurer from Mondstadt known for her free spirit, as well as being one of the most gifted in the Adventurer's Guild, famous for authoring the Teyvat Travel Guide, a series of books that accompany players as they fight their way through Genshin Impact.

According to the game's lore, she has been an adventurer for 50 years, a friend and rival of Mona's teacher, the astrologer Hydro of Mondstadt. On some of her travels, she passed through the Liyue region, where she met Zhongli the Geo Archon whom she called "the sternest person" she had ever known.

Alice also has a connection with Barbara, from whom she learned all about idols, and with Albedo, the head alchemist of the Knights of Favonius, and Klee's person in charge until his return.

Being such a mysterious character, little is known about where she might be now, however, we do know that she is very good at a number of different fields such as medicine, as she is known to be able to create incredible potions. Her ability to detect magic when around her is also notable, and she is presumed to be an expert in alchemy due to her bomb-making skills, a skill Klee learned from her.

The most recent discovery about him came during the Golden Apple Archipelago event, being mentioned in one of the main missions where players must search for the identity of the Dodoking, which at the end is revealed to be Alice in an attempt to create a beautiful summer experience on the islands for her daughter.

When will Alice come to Genshin Impact?

Now comes the big question: will it be possible to use Alice as a playable character in Genshin Impact?


While it's currently unknown if she will make it into the game, since character launches are more focused on specific regions (the most recent being Inazuma), it's very likely that at some point Alice will appear someone of great importance to many adventurers in Mondstadt.

So, for now, we'll have to wait for its acclaimed debut, as we follow the story of the Traveler and Paimon in-game.

In the meantime, don't forget to join our community of travelers on our dedicated Genshin Impact Twitter site, where you'll find tips, tricks, guides and more.

Who is Durin in Genshin Impact? ❯

add a comment of Who is Alice and when will she come to Genshin Impact?