Which Weapon Does More Damage in PubG Mobile? 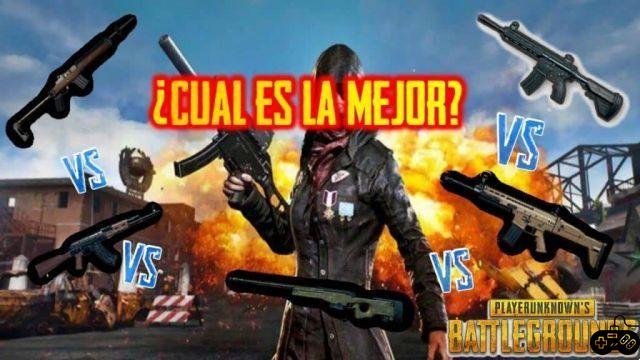 PUBG Mobile has a fairly extensive selection of weapons in which there are different types that define the peculiarities of each of them. If you are looking for which weapon does more damage in PUBG Mobile, in this article we are going to talk about the most powerful shots in the game.

The first thing you should know are the models of weapons that exist in PUBG Mobile. You can get assault rifles, SMGs, shotguns, light machine guns, pistols, singular, melee and thrown. In addition to this, precision rifles, which we will talk about later. Assault Rifles are fairly well-rounded weapons, with notable damage and medium range. They are the most abundant weapons in the game and that are analytically more useful. However, the weapon that does the most damage in PUBG Mobile is not in this category.

Which Weapon Does More Damage in PubG Mobile?

For sure, the weapons that do the most damage in PUBG Mobile are explosives. However, here we are not going to take them into account and we are going to talk about the pistols that use bullets to remove health points. That said, you might think that shotguns are the deadliest of weapons, since at close range they can take someone out with a single shot. However, we will tell you later why they are not.

And the answer is very simple. Neither shotgun is capable of suppressing a player with advanced protection. This is because neither does more than a hundred damage.

The weapon with the most damage in all of PUBG Mobile comes to be found in the category of precision rifles, and it is the AWM. This rifle is capable of suppressing a player with one shot, as long as the victim is not wearing protection. However, with a headshot, the helmet you wear is going to be inconsequential.

What Weapons Are SMGs in PubG Mobile ❯

add a comment of Which Weapon Does More Damage in PubG Mobile?