What is Better Fortnite vs Apex Legends 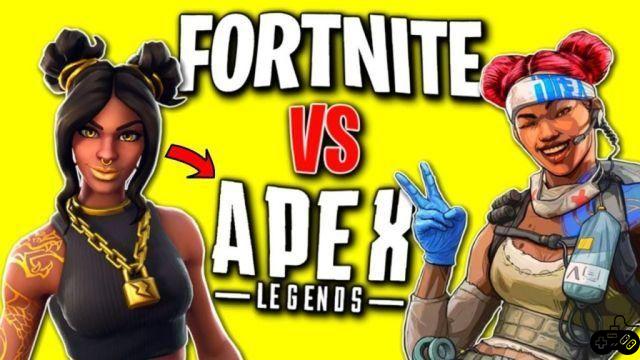 Fortnite is a Battle Royale released by Epic Games that didn't take long to go viral. About a year after its launch, it was already a global gaming icon, with streamers devoting themselves entirely to it. On the other hand, we have Apex Legends, which came out when the market was quite full of shooters of this class.

If you want to know which is better, yes Fortnite o Apex Legends, in this article we are going to show it to you, explaining the reasons why one is better than another.

Fortnite vs Apex Legends? Which is better?

The first point to touch is the end of the game. Fortnite is simply based on a kind of game in which the dolls are made of plastic. Although throughout all this time they have wanted to give the game a kind of lore. On the other hand, the theme of Apex Legends is somewhat futuristic and muddled, in a game where you compete for glory. The characters have a history and a way of being. As we have seen, this does not happen in Fortnite, where skins appear randomly and do not have a defined character.

Continuing with the gameplay, the truth is that they are tied. It is a Battle Royale with different mechanics. Fortnite has the construction, which today is an ability that you must manage, but Apex has the unique abilities, specific to each character. However, today we cannot say which is better than the other. Fortnite is a fairly childish game, and this is reflected in its theme. Besides this, it is a game that can be easily enjoyed, and there is nothing wrong with that.


Apex, on the other hand, is a bit more serious, targeting a slightly larger audience than the Fortnite audience. The conclusion then would be that they are two games with different themes, which can be enjoyed according to your mood.

What is better PubG Mobile or PubG lite? ❯

add a comment of What is Better Fortnite vs Apex Legends