What is better PubG Mobile or PubG lite? 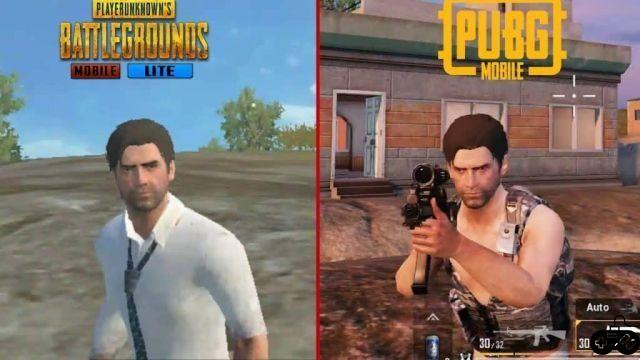 If you don't know what to download between these two great games, today we are going to show you which is better, PUBG Mobile or PUBG Lite. Here we will cover each and every one of the benefits and disadvantages of downloading each of them, apart from seeing if PUBG Lite is worth it. When you enter the world of mobile shooters, you usually start with PUBG Mobile. As you may know, this one has two versions, one that is fully complete and has a lot of functions, and another that is quite light.

PUBG Mobile is a very active third person shooter in which strategy is everything. It is a game in which it is better to be intelligent than to know how to move your fingers.

What is better PubG Mobile or PubG lite?

If you are looking for which of the presentations is better among each and every one, there are certain things that you should estimate. First, keep in mind that these are completely different games. Still, you could say that it is not on the same ground, since the levels and progress of PUBG Mobile are not removable for PUBG Lite. This means that if you already have a while playing the VO, you won't be able to have exactly the same ones in the light version.

Also, keep in mind that one is not the small version of the other. These are two games in which there are different ranking systems, and even another currency. If you want to play PUBG Lite, it can go away if you are on a low-requirement phone. But in addition to this, keep in mind that the perfect ranked mode is not going to be as competitive as PUBG Mobile.


The game is quite limited by the audience and phones for which it was developed. This can be seen in its servers, number of players and fast games with a smaller map. All in all, PUBG Mobile is much better than PUBG Lite, but this is not to say that it is bad. If you are a user who cannot afford a good phone to be able to play PUBG Mobile, we invite you to download PUBG Lite, which is equally enjoyable, only logically limited.

What is Synergy in Clash Royale ❯

add a comment of What is better PubG Mobile or PubG lite?