What are tags used for in PubG Mobile? 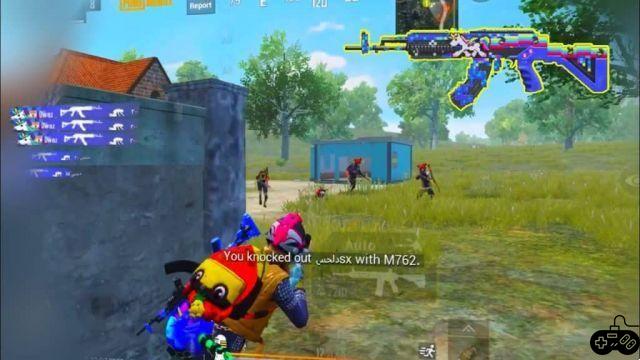 The tag has two meanings in the PubG Mobile, the first is one of the most essential techniques when we play team games, because it comes from the English sentence "Touch And Go", which consists of essentially attacking an opponent so that he begins to chase us and attract him to the point on the map where our team is to kill him by numerical advantage. This technique is also famous in other games such as "baiteo" and serves to perform exactly the same function on any platform that can be played together.

In addition, the second option that is handled from the tag is the label, which is used to identify us in the PUBG Mobile to point out that we are members of a specific clan. The tag is an abbreviated label between three or four letters and key signs with which we are going to feel identified, certain clans request this as a primary requirement to be able to enter their guild, because feeling identified with the clan is a fundamental facet to the leaders.

What are tags used for in PubG Mobile?

Normally we start with a name of our preference in the game, and in order to have the tag of our clan we must have a name change card, to be able to add the respective abbreviations of the guild, the name change cards can be achieved by average clan points, or by investing real money in the game. In addition to this, the famous game tag technique such as baiteo, is extremely essential to catch players who like to rush, it is a fundamental strategy to finish off high-level users who can finish off an entire squad.


Most of the players who use the initials of a clan tag are high level players, who are determined to represent a guild for a long time.

For the fact that Apex Legends Mobile Won't Let Me In ❯

add a comment of What are tags used for in PubG Mobile?