How to Rank Up in PubG Mobile 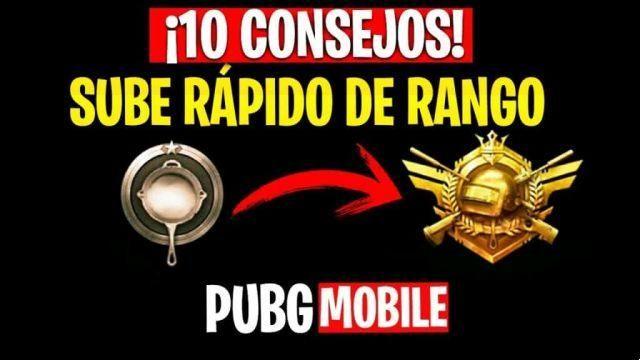 When it comes to ranks, it can be said that PUBG Mobile has quite a complicated system where there is no default way to rank up. As you progress, the competition will gradually get bigger. However, today we are going to teach you certain ways to rank up in PUBG Mobile that will be worth it to keep you in a high ranking.

First we will clarify a bit the algorithm that uses PUBG Mobile to award positive ranking points. It is a system in which the time you survived is taken into account more than the kills you got, so you must prioritize staying alive before getting eliminations. Now, the kills are also accurate, but getting to the top one without having faced absolutely no one is better than being in the top fifty after being an irresponsible person.

We have recommended you to avoid combat first of all, but another way to improve your ranking points is by healing your friends. Whenever you can, do it and see how your points go up.

How to Rank Up in PubG Mobile

In general, you also need to improve the way you play. Not only this will be enough, since you must also practice for combat. In this sense, we invite you to try certain other game modes in which the combats are frontal and inescapable. This will sharpen your senses and improve your ability to get kills and get rid of everyone who wants to kill you.

Finally, it has been proven that players who escape into the hills increase their chances of winning a fight by eighty percent. We invite you to continue there, fully armed and moving whenever the area reaches you.


By applying these tips you will not only be a better player, but you will also be able to rank up in PUBG Mobile quickly and without any pause.

How to Rank Up Fast in PubG Mobile ❯

add a comment of How to Rank Up in PubG Mobile