How to Rank Up Fast in PubG Mobile 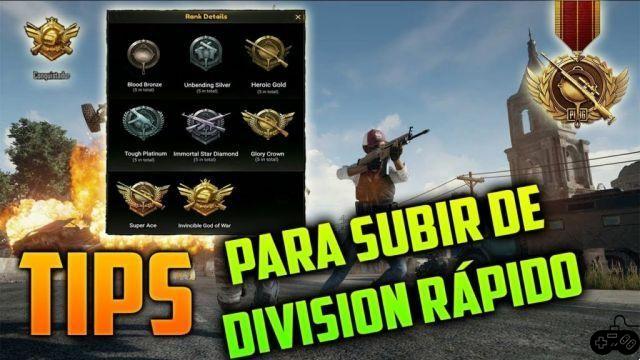 PUBG Mobile is a quite entertaining Battle Royale in which players are classified by ranks, and for each of them there are rewards at the end of the season that players can exchange. Today we are going to show you how to rank up fast in PUBG Mobile.

If you want to rank up fast, then you need to know a lot of things first. And it is that it is not a competition for who removes more players, but rather who lasts the longest in the arena. In fact, you will receive more ranking points if you are in the top one, than you would receive if you eliminate thirty people and are in the top fifty.

How to Rank Up Fast in PubG Mobile

Now, taking this into account, what we must achieve is to continue in the top one in each and every one of the games we play, or win them if possible. For this we are going to apply the ancestral technique of the campestre. We will focus not on improving our playing ability, but rather on increasing the chances of moving up to the top one.

First you need to be a silent person who always remains in the zone at all times. Never try to enter it when it is about to close, since there are always players waiting for people like , who are simple eliminations. Instead, focus on getting to the area when it's announced on the map. After that, hide in a building in the highest area you find to be able to camp.

The recommended equipment for this is an SMG, such as the vector, with an extended magazine and a x6 scoped rifle. You can replace the SMG with high-precision, low-recoil Assault Rifles like the M4A1 or M16A4. We do not recommend the M762 due to its tremendous recoil. Remember to equip them with a x4 scope.


Now just try this strategy of hiding to be among the finalists, and you will see results increasing your fast rank in PUBG Mobile, without any kind of auxiliary care.

How to Hold People in Stumble Guys ❯