How to Increase Troops in Rise of Kingdoms 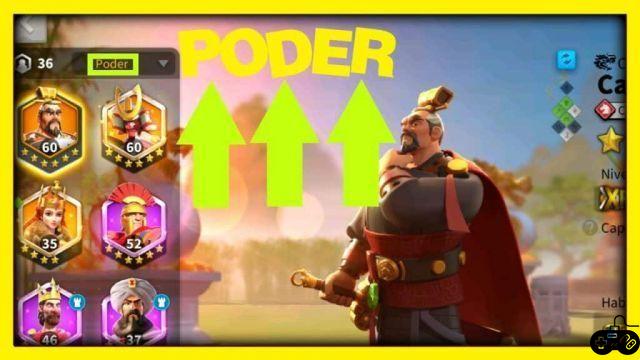 Rise Of Kingdoms is one of the strategy games that offers us different ways to develop a real-time combat. This incredible game that is free for computers and mobile devices has had millions of downloads worldwide, it has a vast and competitive community that is always looking for a way to take over each and every one of the kingdoms and make thrive their civilization.

To be able to fight and defeat each one of your opponents, there is a great variety of armies that we are going to be able to use at the time of combat. In this article, we are going to explain in detail how you can increase troops in Rise of Kingdoms so that each and every civilization falls in front of you.

How to Increase Troops in Rise of Kingdoms

Unlike other games like King Of Avalon and Guns Of Glory, where combat is resolved according to the strength of any army, in Rise Of Kingdoms there is a fundamental factor, where the numerical strength and the ability of each troop can make the difference in real combat, for this reason, it is considered one of the best strategy games, it lets you study the behavior of each of your troops to see if they are able to fight consistently.

In order to increase troops you will have to build many military buildings, in them we will be able to have a certain number of troops that we can count on on the battlefield, and train them daily so that they can increase their level. In addition to this, it is necessary that in order to increase the forces of your army you seek allies, a coalition would be an ideal way to have more troops in the game.


Although the development of troops is not a priority compared to the improvement of structures, municipalities and buildings, we must not lose focus on them in order to defend ourselves well in real battles. Rise Of Kingdoms.

How to Increase FPS in Apex Legends  ❯