How to change servers in Apex Legends 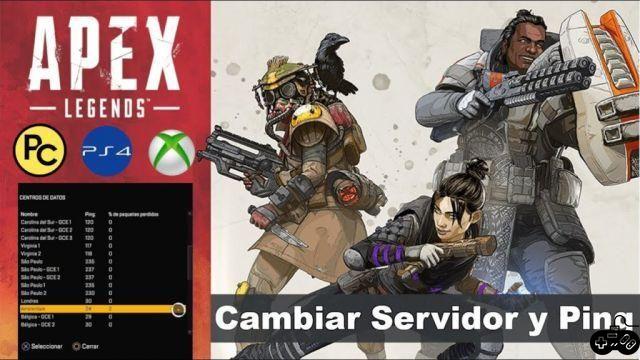 Apex Legends is a well-known Battle Royale game in each and every one of the corners of the planet, it has millions of downloads on the Steam and Origin stores, positioning itself among the best games for computers and consoles. The Respawn Entertainment company has done an enormous job in the development of this game, with great characters who have great abilities that will help you survive on the battlefield. Apex Legends It has a theme very similar to direct competition games such as PubG Mobile and Fornite, but it has a very original touch that pleases each and every one of the lovers of video game consoles.

How to change servers in Apex Legends

Many players in the community have complained about connection problems and the lag that sometimes affects each of them when they are in a game, and despite the fact that they can change zones quickly to find a connection optimizes each area of ​​the Apex Legends It has many servers due to the huge number of people who are playing this shooter. In such a case, we are going to explain how to change the server in Apex Legends.

When you play from PS4 or PS5, the first thing you should do is go to the main cover of the game. Apex Legends without touching any buttons on the controller for a short period of time. After that, you need to go to the accessibility setting that is on that cover, exit quickly, and hold down the right stick of your controller (known as the R3 key), just after you have exited accessibility. With this, the game will leave you the option to see a window where each and every one of the game's servers will be and which one is running faster.


You can do this same procedure on Xbox One and PC to fill the server switch, optimize your gaming experience, and play Apex Legends without any lag or lag.

How to change Zone in Clash Royale ❯

add a comment of How to change servers in Apex Legends