How much does an account cost in Rise of Kingdoms 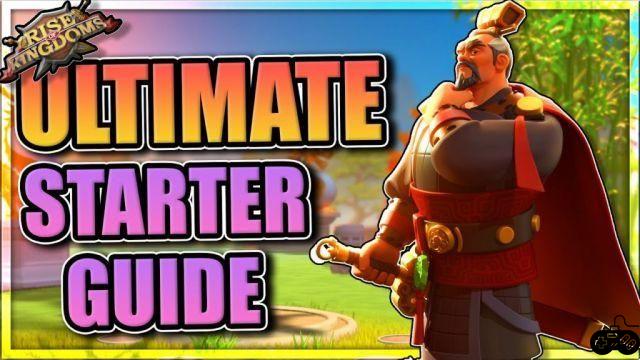 If you are wondering how much does an account cost in Rise of Kingdoms, here we leave you a small guide of the things you must do to acquire one probably and at the best cost. Rise of Kingdoms is a game that, although it is somewhat enjoyable, and people have a good time battling and playing, in certain cases it can be boring. To serve as an example, it usually happens to many players, who get stuck at one point and do not know how to continue rising.

This happens with most of the war simulators, in which the first levels are raised somewhat quickly, but through the advance, it costs little by little to achieve improvements.

How much does an account cost in Rise of Kingdoms

Without a doubt, this genre of games gets tiresome when you have to farm the exact same resource about eighty times until you achieve enough to progress something, which will let you continue farming another eight days in a row until you progress another. For this reason, you may be interested in knowing the cost of an account in Rise of Kingdoms, with everything leveled up, and with their respective age improvements and winners.

It is true that it tends to change. There are people who have put a bit of money into the game, so they tend to sell them more expensive. But there are others that have sweated their levels, and still can't sell them for more than they should. An account with these peculiarities, particularly with four legendary commanders at the maximum level and one epic at exactly the same level, can be worth around one hundred and fifty euros. For this reason, accounts with these peculiarities could still be around these costs.


It is true that there is a fairly large set of factors to estimate, such as the amount of food, wood, stone, gold and diamonds you have. But, in general, these are the costs that are handled, and if you have found more expensive ones, even spending two hundred euros, then do not buy them.

How long is the KvK Rise of Kingdoms? ❯