Author and references
The new Genshin Impact 1.5 update “Under the Jadeite Light” is already underway, bringing new features to the game such as the implementation of a new housing system, as well as a lot of content between new weapons, banners and characters.

The second of these, released after Yanfei was introduced to the game and shown a few weeks ago during the special new release showcase, will be a character from the Mondstadt region known for being quiet but also with great abilities for battle. which combines some of her dance skills.

Though the blood of some of Mondstadt's greatest oppressors runs through her veins, and some may even say her intentions within the Knights of Favonius are evil, she spends most of her time hunting down agents of the Order of Abyss and other monsters. Let's introduce Eula "Shimmering Wave Dance".

Since his arrival at the order of the Knights of Favonius, the presence of Captain Eula Lawrence has not gone unnoticed by the inhabitants of Mondstadt, for this last name is linked to the evil aristocrats of historical infamy who sowed terror in the region during its darkest period. time.

However, her goal of being orderly isn't at all close to what people expect, though she jokes about the "bad" intentions she might have, as her role is mostly focused on halting the advance and controlling the presence of every threat that endangers. Mondstadt, though she found it difficult to just hang around the city.

Her nickname "Spindrift Knight" comes from her fighting style, as her fluid movements on the battlefield, as well as her enormous strength to wield a Claymore and combined with her great courage and excellent intuition, make her the one of Teyvat's strongest 473ur elements. equal with Grand Master Jean. 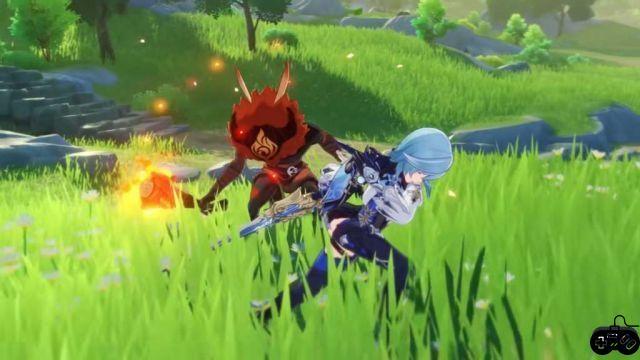 Her normal attack, Favonius Bladework - Edel, allows Eula to perform up to five consecutive strikes, while with her charged attack she can consume stamina over time to make continuous slashes, ending in a more powerful strike.

With her elemental skill, Icetide Vortex, Eula can slice 473ur from her inflicting Cryo DMG on all nearby enemies. With every hit she connects, you'll gain a stack of Grimheart up to two times, increasing her interrupt resistance and DEF stats.

These stacks can be consumed by holding her ability, causing Eula to attack and inflicting AoE Cryo DMG to all enemies in front, also reducing physical and cryo RES opponents nearby and converting each stack consumed into an Icewhirl mark that will hit the ground. 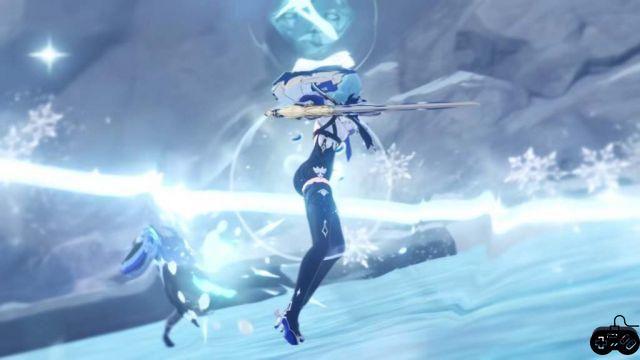 Finally, with her elemental shard, Glacial Illumination, Eula wields her greatsword dealing Cryo DMG to all nearby opponents and creates a Lightfall Sword that will follow her for seven seconds.

The Song of Broken Pines: 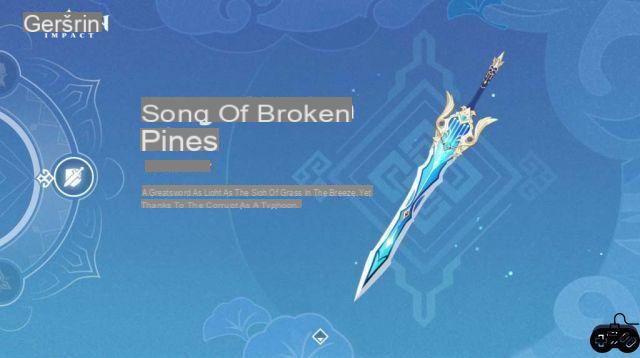 Starting with the best 5-star weapon for her, Eula's arrival will bring her signature sword known as the Song of Broken Pines to the game, a powerful Claymore that dramatically boosts her offensive stats.


This new weapon has a physical DMG bonus, as well as a passive that increases ATK by 16%, and when a normal or charged attack hits opponents, the character will gain a Seal of Whispers.

When you get four of them, they will all be consumed to gain the "Millennium Move: Banner-Hymn" effect for 12 seconds, increasing normal ATK SPD by 12% and ATK by 20%. 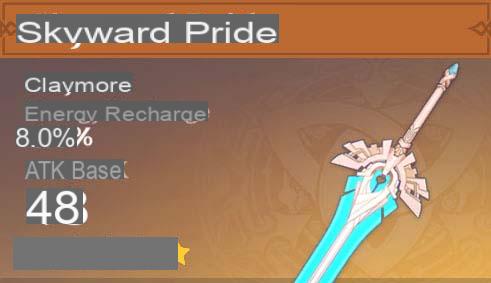 The Skyward Pride is a Claymore that symbolizes Dvalin's pride soaring through the skies. When swung, it emits a deep hum as the full force of Dvalin's command of the sky and the wind are unleashed.

Spine of the snake: 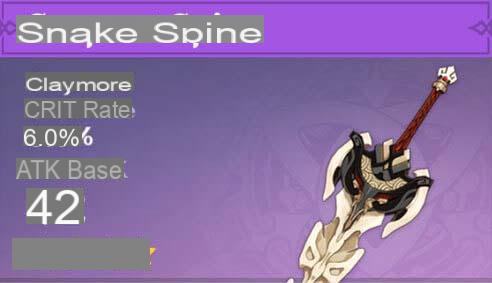 This 4-star catalyst is known to be a rare weapon whose origin is the ancient ocean. Some say you can hear the sound of ageless waves when rocked.

This effect has a maximum of 5 charges and will not reset if the character leaves the field, but will be reduced by 1 charge when the character takes DMG.

As a primary choice for his Artifacts, we'll recommend the latest introduction in Update 1.5, the Pale Flame set, as it will dramatically increase the power of your physical attacks by 25% when you have 2 pieces of it.

If you manage to get four pieces from this set, each time your elemental skill hits an opponent, your ATK will be increased by 9% for seven seconds. This effect stacks up to 3 times and can be triggered once every 0,3 seconds. Once 3 stacks are reached, the effect of 2 sets will also be increased by 100%.

If you don't have all the pieces, they can be combined from the Bloodstained Chivalry set, which also increases physical damage and temporarily eliminates the cost of charged attacks.

As for stats, they will be focused on ATK and CRIT, as well as harnessing his abilities with Pyro DMG and Elemental boosts. 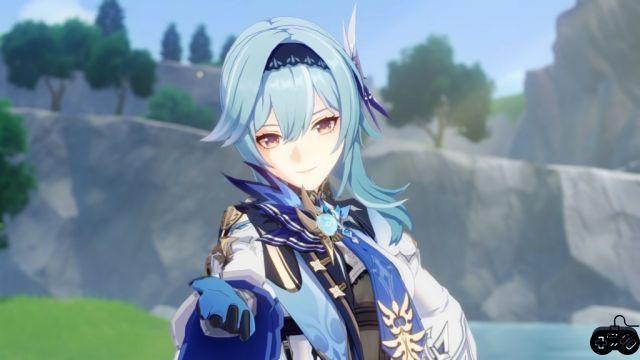 Within any team composition, Eula will be the main cause of damage, while spreading her Cryo power using her elemental skills and burst, to be able to create many elemental reactions with the teammates we will recommend below :

Any Pyro character like Xiangling and Amber can be very useful as they can trigger melt reactions, dealing higher damage.