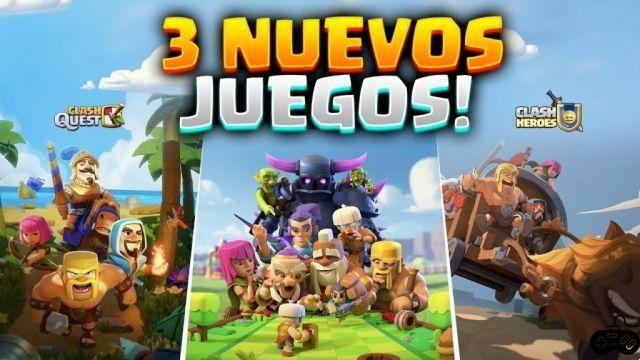 There are those who have only one game is not enough to keep them entertained, especially those who like strategies, characters and battles. As since XNUMX the fame of Clash of Clans has skyrocketed throughout the world, many developers have also probably been inspired by it to create games like Clash Of Clans. If you want to know what they are, here are some of the most recognized.

It is clear that this list must start with Clash Royale, not only because it is made by exactly the same developers as Clash of Clans (Supercell) but rather because it is truly inspired by it. It has exactly the same characters includes troops and spells and you can also have clans. Only here the mechanics march thanks to the cards and chests.

Battles, many battles. Here you have two combat modes where you can attack troops or battle against opponents with your clan. It's a really well done game, with good graphics and free.

If you are looking for an identical copy of Clash of Clans, you will surely be very satisfied with this game. You must create a huge strategy to supervise your heroes and face the mercenaries. You can play with friends and attack people from all over the planet.

Here the difference is that the story of the game takes place on a beach, but it also gives you the possibility to fight against other opponents or the characters created in the app to free the islanders. You will also need resources such as gold, wood and stone if you want to prosper your troops and buildings.

It is not surprising that most of these games have names very similar to the well-known Clash of Clans, this is a strategy to reach users who are truly interested in this genre of games. In Castle Crash you can create a town that you are going to have to protect and also attack the rest of the players, with the possibility of having spells, heroes and troops to do it.


In the Arena of the game you can fight with other players and play cooperative games. Sounds pretty similar, right? Since this is undoubtedly your formula for success due to the fact that with this They have achieved millions of downloads.