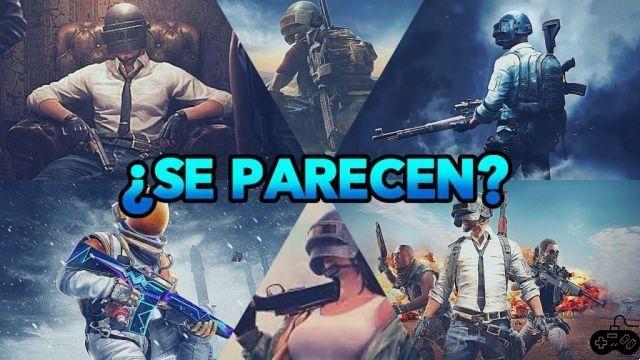 PubG Mobile is an incredible shooting game that has been on the market for video game consoles for mobile devices for many years, positioning itself as one of the first well-designed shooters for this platform genre. Although it is true that it is one of the best mobile games, it does not mean that there are no high-class games like it, so we are going to bring you certain games that are better than PUBG Mobile based on the gaming community, or at least a great alternative option in case you don't want to play PubG anymore.

Rules Of Survival: It is an incredible game that has been betting on mobile devices for many years, while the PubG saga still maintained its focus on PC and games for console video game consoles, this incredible game has a huge journey in the Google Play Store , has more than one hundred million players scattered in different areas around the planet. Without any doubt, it is one of the first alternative options that you should take into account if you need to leave PubG Mobile.

Some better games than PubG Mobile

This game is free for Android phones. Rules Of Survival was created by a huge industry called NetEase, it is partially similar to PubG, only from this platform three hundred players fall from a helicopter to a considerably larger map, in which the last survivor will be the winner. It has slightly more enduring games and is a great survival experience. It is a completely free game.


Knives Out: Another game developed by the renowned NetEase industry, in which a hundred users meet for each game, because this game has a single server for each and every one of the surroundings of the planet. It has an incredible very large map, particularly about 6km, which is going to be covered with weapons, medical equipment, objects and cars to be able to do what is necessary to be the last survivor.


NetEase these days is in direct competition with Tencent Games when it comes to Battle Royale games.

add a comment of Games Better than PubG Mobile