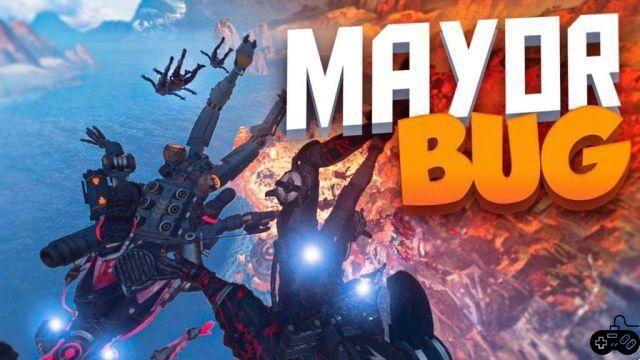 Apex Legends It is an incredible game despite being a free shooter that we can get in the Play Store and App Store. It is a game of enormous graphic quality with audiovisual effects that are highly respected by other companies that develop games. Like any other well-known platform, it can have bugs. In this article, we are going to tell you in detail what are the bugs of Apex Legends.

Since the beginning of epoch one, new game modes began to be developed where the Battle Royale game mode was somewhat changed. The company Respawn Entertainment launched a new ranked mode called Arenas, accompanied by the appearance of the legendary story Seer and some changes in the "end of the world" map, which present most of the bugs that we find in our days in the game .

The Best Bugs in Apex Legends

When the perfect Arenas mode was presented, the whole community was very moved, because this game mode allows us to fight in 3vs3 combat in smaller spaces, which created a lot of competition between the players since this new mode brought something very similar to the PvP combat that has been seen in other shooting games.

The big drawback that is occurring in the perfect Arena mode is that, due to the number of open games on the server, at the moment we are on the 3vs3 matchmaking issue, we may want certain players in the community to have reported that one of its members appears on the side where the opponents are, quickly being outnumbered and losing the qualifying game. Certain players have significantly dropped in rank due to this kind of bug and the authors of content on platforms such as YouTube or Twitch have made videos so that the game developers can observe each and every one of the errors that have occurred. In Apex Legends they are taking care of being able to accommodate all these bugs in the current season.