What is the Gem Box for in Clash of Clans 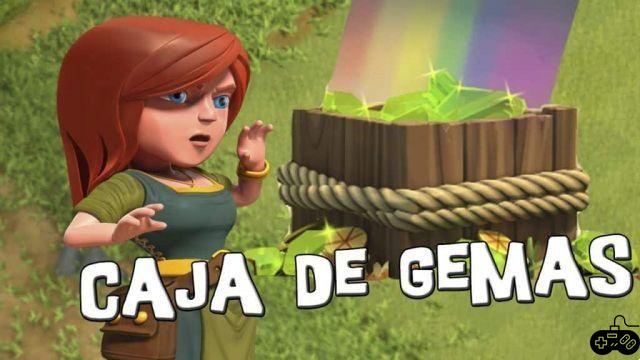 In the first levels of the game, or well, let's be honest, in any level, it is annoying to locate so many poorly placed obstacles in the village because they prevent the buildings from being placed as we wish and they simply do not look good. That's not counting seasonal obstacles like Christmas trees and Halloween pumpkins that you can only move with the help of the zapa if you want to preserve them.

But when the Gem Box appeared, absolutely no one complained, because this small obstacle, turned out to be more valuable than any of us could imagine. Do you know what the Gem Box is worth in Clash Of Clans?

What does the Gem box look like? in Clash of Clans?

If a small wooden box appears, surrounded by a lot of weeds or plants, that is surely the gem box. When you look at it up close, you'll see that the gems are spilling out of the top of the box and what surrounds it is actually the little crystals.

What is the Gem Box for in Clash of Clans

A box of these is undoubtedly good news, since finding it and removing it as you would any other kind of obstacle, it will automatically give you two gems for your account.

How often does a box of gems appear? in Clash of Clans?

The developers note that the box will appear every time the server is restarted. Many players point out that this means that their appearance is random, so while one receives the box every week, there are others who must wait. between one and thirty days to locate a new one.


What you do have to know is that a new box will never appear unless you have already removed the one that is already in your village. If your storage is full, you will have to wait or spend the gems you have to make room for this obstacle, but it is impossible for two or more gem boxes to appear at the same time in the game.

What is the Power Sculpture for in Clash of Clans ❯