What is the Clock Tower for in Clash of Clans 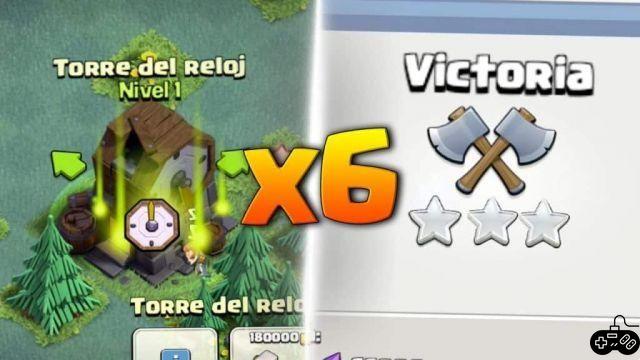 You will find in the game a simple building of stone and wood, with a door on its side and a wooden staircase on the other side, what makes it unique is that its highest point has the shape of a clock and although looks harmless, it can become your favorite place in the village in Clash of Clans.

What is the Clock Tower for in Clash of Clans

In short, the tower will help you progress the buildings faster because it speeds up the processes of the Builder's base. from one to thirty minutes, but also requires a restore time seven to two hours and you will need to spend your gems if you want to finish that restoration time much sooner.

It is essential to know how to use it correctly. For example, when you need to have troops urgently or when you need to fix attack buildings or train troops to fight against more advanced opponents.

How does the clock tower evolve in Clash of Clans?

The tower is unlocked when you have the builder's workshop level four, occupies a 4×4 space and can be upgraded to level nine. It is not a building that serves as part of an attack or defense strategy, but you can use it as a distraction for those who try to attack you or as a shield.

As you improve, the duration of the period in which it speeds up the timers will increase.


What is the Zapa for in Clash of Clans ❯