What exactly is the Second Village of Clash of Clans for? 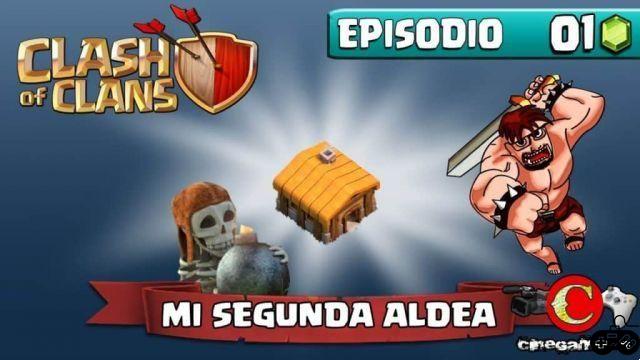 Back in XNUMX, Supercell surprised us with what would be one of the best updates to the game. The players already suspected that something big was coming, but we never imagined that it was another auxiliary village. If you have already had the opportunity to reach it, it is time for you to know what the Second Village of Clash Of Clans.

Where is the Second Village of Clash of Clans

When you're at township level four, you're going to see a ship, or at least several parts of a ship. But it is only at this level that you will be able to access it in order to repair it. Well, once you leave it in perfect condition, it will be functional and will help you get to the well-known Builder's Village, that is, the second village.

In this village it is at night and there the professor builder will be waiting for you, in truth, he is the only one who is there, but he has incredible abilities that will allow him to create buildings that you have never seen before.

This second village has many different things, for example, the elixir and gold that are generally collected in the main village, here they will not help you, that is, you will have to start from scratch to accumulate the elixir and gold to the Builder's Village and the resources you have in the primordial village are going to stay in it. The only thing you will be able to share between the two are your gems.


What is the Second Village of Clash of Clans worth?

Some think that the developers have created it to make players who have been in the app for a long time fall in love again. This second village gives them the opportunity to "start from scratch" when creating it.

A new village means a new strategy to try and with each and every one of the differences that make it unique, it is a motivation for players to unlock these novelties and feel interested in their new abilities. Do you want to know what makes it different from the primordial village?

The elixir from the second village provides new abilities, but you will need to upgrade your troops to use them:

What is the Api Code for Clash of Clans ❯

add a comment of What exactly is the Second Village of Clash of Clans for?