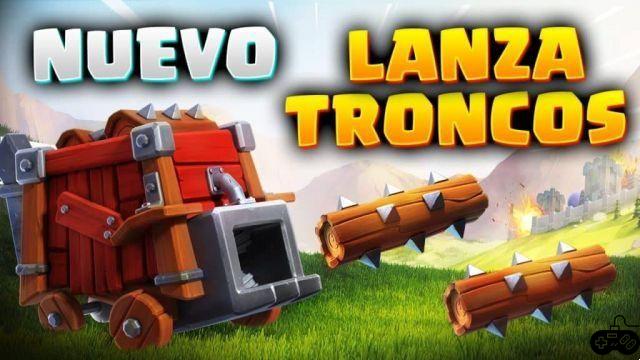 En Clash of clans there are troops with singular and unique abilities, many of them march against ground opponents, many others with aerial opponents. The essential thing is to know how to get the most out of each of them depending on the situation you find yourself in. Among these many troops are firewood throwers Clash of Clans, which are a unit that has gained popularity in the community and has seen how it is used in major international competitions. But what does the log shooter do?

The renowned log thrower it's a siege engine, which is accessed by completing level five of your workshop. This unit has the peculiarity of firing the logs with a cooldown of a few seconds, these logs can reach up to 4 buildings away or what is exactly the same two squares.

We highlight his other unique ability which is called 'point blank ', that goes like a kind of damage in area, dealing damage to surrounding structures and units. It truly is a huge unit, which unfortunately loses its life after being deployed on the battlefield. His life reduces about one hundred and fifty-five HP per second, so you must use it in the best way and try to save time on each and every attack.

Another essential aspect to highlight about the log launcher is that for him, their main target is the town hall, so it will make its way little by little until the moment it can reach it and destroy it.

As we can see, it is a unit with a high degree of compression, which has suffered multiple nerfs since it came out due to the enormous destructive force they have on the battlefield, either to attack with it or to try to defend themselves against their attacks. We emphasize again that you need to play this unit as smart as possible and create as perfect a strategy as possible to get the most out of it in battle.

add a comment of Throw Logs Clash of Clans