How to Activate Dummies in Apex Legends 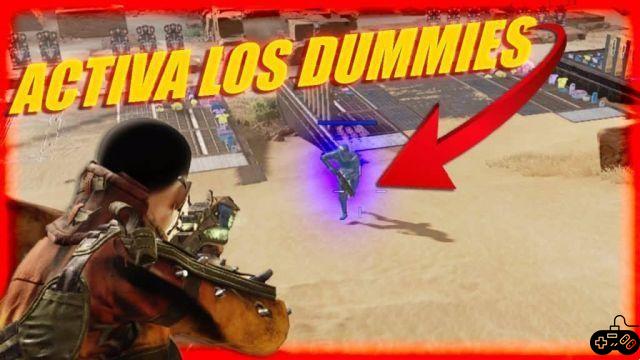 The dummies are a kind of inflatable dolls that appear in the shooting range to practice our shots against positioned opponents, improving our aim and practicing new configurations with different weapons before starting a real Battle Royale game. Although these dolls remain static as they are a basic way to progress your skills, you can activate them so that they start attacking you and further improve the practice arena and the different scenarios that you can find in a game of Apex Legends. In this article, we are going to explain how to activate the dummies in this magnificent game.

How to Activate Dummies in Apex Legends

The process with the dummies is very similar to the one we use with the bots:

This procedure of activating the dummies in Apex Legends It is extremely essential at the time of warming up before entering a ranked game, because it helps us improve our level and each and every one of the basic aspects that we handle in most shooting games. They're a pretty belligerent kind of dummies, very mobile in the firing range and cover really well, so don't get too complacent and do everything you can to suppress them when they get together in large packs. As you eliminate dummies, they appear in greater quantity.

How to Update Apex Legends  ❯

add a comment of How to Activate Dummies in Apex Legends