How is the Best Kingdom of Rise of Kingdoms 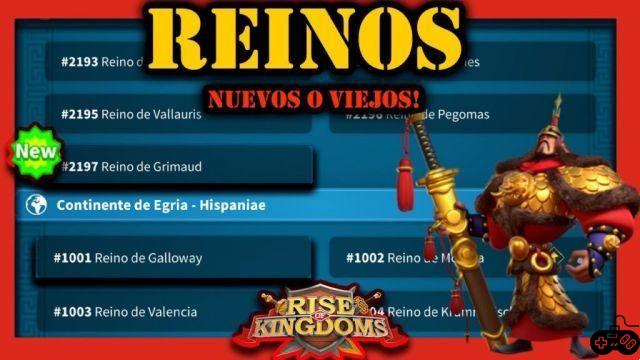 Rise of Kingdoms it is a game in which you create your kingdom, absolutely adapted and its survival or supremacy, in any case, depends entirely on you. We can then say that a kingdom is the reflection of the person who leads it.

Today we are going to show you the best kingdom of Rise of Kingdoms. As it is about kingdoms, civilizations and economy, or a simulation of the real planet, so to speak, the game always and in all circumstances tries to make its kingdoms as similar to real life as possible. It is precisely for this reason that the mechanics of kingdoms has been manufactured, in which each of them has specific peculiarities.

What is the Best Kingdom in Rise of Kingdoms

In certain kingdoms, or as they are called in the game, civilizations, they have certain advantages. To serve as an example, in some it is possible that forming an army is simpler, and there are even some in which the collection of resources is considerably easier.

the best kingdom of Rise of kingdoms, in case you're just starting out, or have time, but are a bit stuck, it's France. It is a kingdom in which the farming capacity is quite extensive, and it allows you to collect resources at gigantic speeds. Choosing France as a kingdom will make you advance quickly and have greater chances of attacking opponents in a limited time. On top of this, her commander, Joan of Arc, is one of the best in the game, with abilities that strike terror into opponents and anyone who approaches.

If you start or want to progress your army, this kingdom is going to be extraordinarily good for you for each and every one of the benefits it offers. So be brave and finish off your opponents by farming all kinds of assets in France. The only drawback is the attacks on your kingdom and the issue of defense, which is not really well covered. However, it is still the best kingdom in Rise of Kingdoms.

How is the Best Weapon in Apex Legends ❯