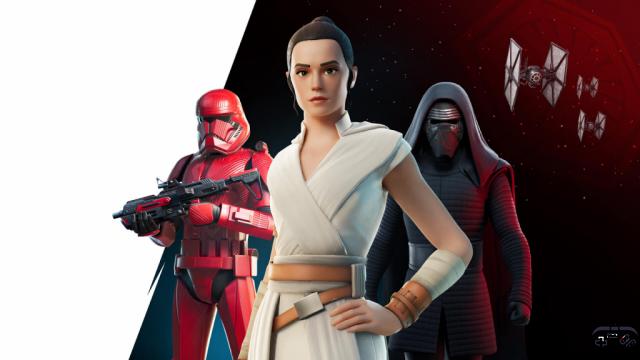 Over the past few months, Fortnite players have enjoyed numerous crossovers and collaborations with different franchises and personalities, ranging from all the content added during Chapter 2 Season 5, to the most recent announced with the arrival of Neymar Jr in the game.

Of all these, the one that managed to stand out the most, even being part of last season's Battle Pass rewards, is Star Wars.

Being one of the biggest franchises in the world, its community is about to celebrate its traditional holiday and with the arrival of Fortnite's 16:30 p.m. update, it looks like it will once again be a part of the battle. royal.

Thanks to leaks found in the content of the new update, three weapons have been discovered in the game files that match those The Mandalorian wore during Chapter 2 Season 5, indicating that they will be out of the vault. strong for a limited time.

To this we must add the official Fortnite Competitive Twitter account, operated by Epic Games, posted a tweet describing that the next format for Arenas mode would be in a “far, far away” place, clearly referring to the intro of the Star Wars Movies.

Along with all of these weapons, others may even make a return like the rather controversial Lightsabers, and following the tweet above, the special game mode known as 'Mando's Bounty' may also be back for a limited time. .


Finally, let's not forget all the Star Wars content available in the course of the game, ranging from Kylo Ren, Rey and Finn skins, different types of Stormtroopers, many backpacks, cosmetics and more, which could also appear in the store of the Game during the Event Period.


For now, we just have to wait for Epic Games to issue an official statement, but nevertheless everyone is now gearing up to fight the dark side, or perhaps join their cause, in a galaxy far, far away.

Fortnite x Star Wars is set to release on May 4, 2021, which is also known as “Star Wars Day” thanks to its rephrasing “May the Fourth be with You,” which also references a common Jedi phrase in Star. Universe of wars.