Fortnite Wolf Spawn Locations: Where To Find Wolves In Season 8 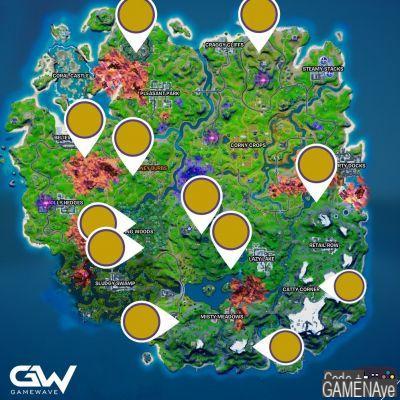 Wolves have become a staple aspect of Fortnite since the Season 6 update released, and fans are still encountering weekly challenges associated with them. However, with the release of the Fortnite Season 8 update, the developers implemented a ton of map changes that changed the spawn locations of many NPCs and animals, including wolves.

As a result, they still appear on the Fortnite map but in different locations from the previous season. That being said, crossing the wolves in the new season is a daunting task. Therefore, the real question is, "Where do Wolves appear in Season 8?" If you are also one of those who have trouble hunting them, this guide will definitely help you.

Typically, Wolves are mostly found around wooded areas and usually spawn after sunset during a Fortnite match. Although they can be found at almost any location on the map, they have fixed spawn positions and here is a list of those locations:

It is also essential to note that wolves roam the island in packs; therefore, they would not always spawn in the aforementioned locations every game. Because of this, players need to investigate a few areas in order to find them.


Once you find a wolf, you can either hunt it down or tame it to be its partner for the rest of the game. While one can simply murder wolves with any gun, the most effective way to tame them is to throw a piece of meat near them.

Once the wolf has started eating the meat, approach it and press the "Tame" option. Eventually, a bunch of love hearts will emerge on the wolf, indicating that it has been tamed.

So there you have it, what you need to know to find wolves in Fortnite Season 8.

In the meantime, check out our dedicated section for everything Fortnite, from news and leaks, to guides, dramas and more.

Lilypichu officially revealed as the voice of Sayu in Genshin Impact ❯

add a comment of Fortnite Wolf Spawn Locations: Where To Find Wolves In Season 8