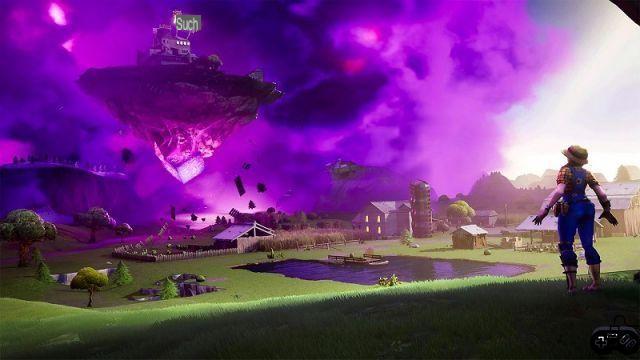 With Fortnite Chapter 7 Season 2 ending in mid-September and the Battle Pass countdown set to expire on September 12, fans are excited for the season finale event. On August 31, the latest update named Fortnite v17.50 will be released, and while Epic Games doesn't share official patch notes, we've got you covered with the unofficial Fortnite v17.50 patch notes.

From the exact server downtime for the Fortnite v17.50 update to the final season countdown, bug fixes, and some possible new content, let's dive in.

With every major Fortnite update, players will have to endure a few hours of server downtime, and v17.50 is no different.

Servers will shut down at 08:00 UTC (09:00 BST) and matchmaking will be disabled approximately 30 minutes before the server shutdown begins.

Expect the downtime to last around three to four hours, as is traditional, with servers getting back online (barring any issues) around 13:00 PM BST at the latest.

There is going to be an in-game event kicking off Fortnite Chapter 8 Season 2, which dataminers have known about for some time.

Fortnite v17.50 update adds an in-game timer to the season finale event. However, the rest remains a mystery at this point.

Instead of just abducting people, aliens have been abducting entire POIs from Fortnite. With the Fortnite v17.50 update, Corney Complex is removed!

The likelihood of Kevin the Cube returning to Fortnite with the Season 7 finale event increases with every tease from Epic Games and leaked dataminers.


While we may not see Kevin the Cube return when Downtime ends, we're expecting this adorable item to feature in the end-of-season event. Also, keep in mind that the Imagined Order's base is under the Corny Complex, and with its removal, things could get crazy.

Although Epic Games does not release official patch notes for Fortnite updates, the Trello board suggests bug fixes and improvements we might see in the v17.50 update and is the most close to the real patch notes we can get.

Check out the Fortnite v17.50 update bug fixes and improvements below.

Save The World issues fixed:

So there you have it, everything we know about Fortnite Chapter 2 Season 7 Final Update. Please remember that these are unofficial Fortnite v17.50 patch notes as Epic Games wants you explore the island and research new changes and content for yourself.

Be sure to check out our dedicated Fortnite section filled with guides, news, leaks and more.