Author and references
Fortnite Chapter 3 continues to grow with excitement, keeping players on their toes with constant fresh content. The all-new map was a joy to explore after The End of Chapter 2 event flipped the entire Fortnite island.

With brand new map locations for players to enjoy, Chapter 3's change of pace has been well received by Epic Games' fanbase. A new development highlighted by popular Fortnite leakers suggests the return of an original Fortnite drop from Chapter 1 of the battle royale.

Here's all the latest news as it looks like Tilted Towers is returning to Fortnite for some classic battle royale fun.

When is Tilted Towers coming back to Fortnite?

Tilted Towers debuted in Fortnite since Chapter 1 Season 2 of the battle royale. The location has always been very popular because it had the most rooms, item chests, windows, and high-rise buildings.

A giant meteor strike hit the center of the named location in Chapter 1 Season 4, creating a crater in the middle of the city. Although the buildings were somewhat restored during the storyline, they never regained the original status of Tilted Towers.

After hints suggested that the fan-favorite location might be back in Chapter 3, a snowy location began to resemble the familiar towers. Now, according to a recent tweet from popular and trusted Fortnite leaker HYPEREX, the return of Tilted Towers could be as soon as Tuesday, January 17, 2022. 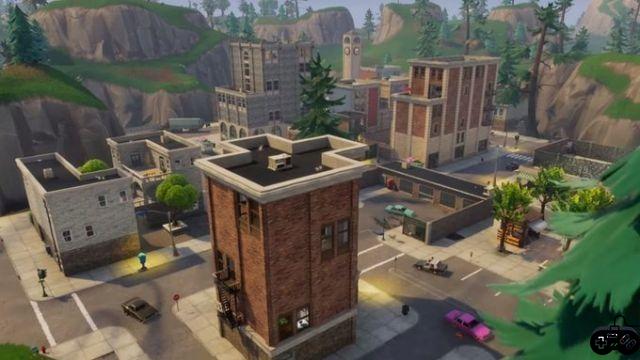 While Tilted Towers will return for another Fortnite stint, it won't be the same location on the map. The start of Chapter 3 saw the entire Fortnite island turn upside down, so everything has been different since then.

While the towers are mostly covered in snow, we can currently see the tips of the new tilted towers, and it's right in the middle of the island. Famous for being the most hotly contested drop spot, it looks like Tilted Towers will be back in the killer row.


Here is a map highlighting the exact point where the Tilted Towers will be located in Fortnite Chapter 3 Season 1.

Conveniently located in the middle of Camp Cuddle, Coney Crossroads, Greasy Grove, and Rocky Reels, this seems like a very plausible location to put the new Tilted Towers. As mentioned, it's almost in the center of the map, and it's sure to be filled with players ready to take you out, so be ready for action as soon as you drop.