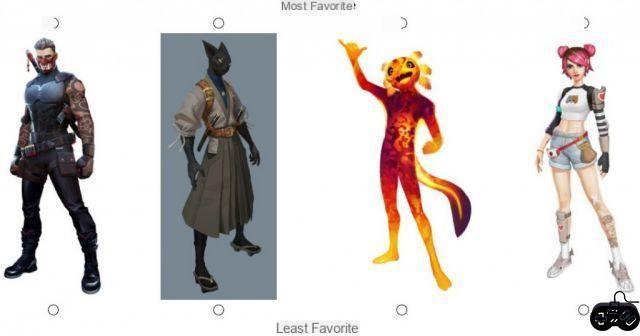 It's always exciting to see what happens next to Epic Games' ever-popular battle royale, Fortnite. Typically, we get leaks from dataminers when a new update arrives. However, this leak revealing several Fortnite concept skins comes from a recent Epic Games investigation, where the developer teased possible skins coming to the game.

At this point, the leaked skins are concept items, and some of them may never make it into the game.

A recent poll of Fortnite creators asked for opinions on concept skins, and it's important to note that as concepts, they haven't been officially confirmed.

With this disclaimer, you can check out an image shared by HYPEX with all leaked concept skins.

LeakySussed first discovered all of these leaked concept skins from Epic Games in a survey and shared them on Twitter.

Some of the featured Fortnite skin concepts were created by community artists. Dataminer iFireMonkey explains, “In a new survey from Epic Games, a LOT of concepts are shown, some of them are even related to concepts created by artists from the Fortnite community. »

"There's a chance we could see them coming to Fortnite in the future as it's shown in a survey. »

It remains to be seen if any or all of these skins will ever find their way into Fortnite. Remember, these are just concept skins at this point, and Epic Games might not even release any, but that seems a bit unlikely.

Stay up to date on all things Fortnite with our dedicated section.