For the fact that PubG Mobile Sued Free Fire 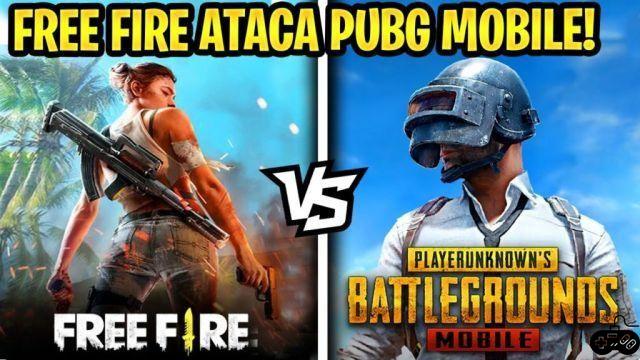 PubG Mobile is a Battle Royale game like the Free Fire, so that many controversies have begun between the two companies in the saga. Krafton is the first company that started with the development of the PUBG Mobile, the one that is accusing the garena company that is copying each and every one of the elements that they use in the PubG Battle Royale.

Krafton formally filed a lawsuit in a US court against the popular Free Fire game, directly addressing the developer company Garena that they are infringing each and every one of the copyrights they have in PubG Mobile, copying them in a "shameless" way. In the document cited by the lawsuit, other highly prestigious platforms are also included, which boast that they have approved access to each and every one of the copyrights that Krafton had over PubG Mobile, making it easier for Garena Free Fire and Garena Free Fire Max could copy the game modes established in PubG, among the companies involved we also find Apple, the YouTube platform, and even Google, all of this annexing a Garena company that is in great trouble.

In the lawsuit, they are detailed as plagiarism actions in which they do not simulate that they are copying each and every one of the effects of PubG in its Mobile version, creating a huge controversy that puts Free Fire on the tightrope. We can highlight that Free Fire has generated millions of US dollars through the sale of diamonds and other exclusive benefits of the game, which is why it has a very high demand from Krafton.


The Krafton company requested that both Apple and the Play Store withdraw Free Fire from their game stores, the two refused said proposal, which began the chaos of the lawsuit. In addition to this, Garena spokesmen cite that the lawsuit has no basis whatsoever, so it will not be ratified.