Fortnite live concerts are widely known for being spectacular performances. If you remember Travis Scott's "Astronomical" Fortnite concert, you'll know exactly what to expect. It's hard to believe there hasn't been another event since then, so an Ariana Grande Fortnite concert could be huge!

That would seem to be on the cards though. Reliable data miners recently revealed that this could be a reality and indicated that Ariana Grande could join the Fortnite Icon Series in August. Here's everything we know for sure.

HYPEX previously trolled fans in April after it was announced that Ariana Grande would be featured in the game. This time around, it looks like the pop star's Fortnite debut may be a reality, according to data miners.

Ariana Grande is scheduled to perform at the Manchester Pride event, so it's possible the Fortnite live event could line up with this one.

Many Pride cosmetics have appeared with the latest Fortnite update, which also led Fortnite content creator Ali-A to believe that the Rainbow Royale and Ariana Grande concert event might be related.

Ali-A @OMGitsAliA With many Pride-themed items added to this update and leaks suggesting Ariana Grande will be having a concert soon – The two could be related. Ariana Grande performs at Manchester Pride event in August – Could we also have a Fortnite Pride concert in the game? https://t.co/k8u3coGnRA 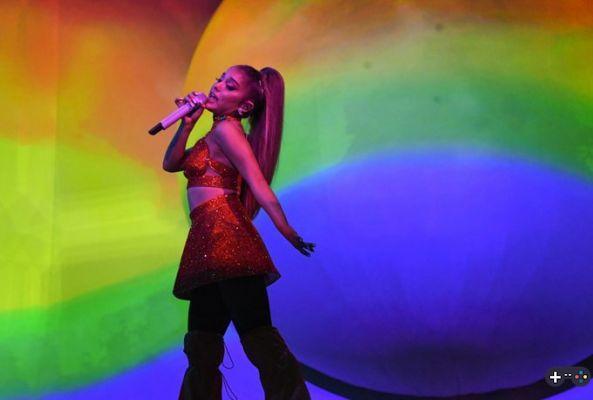 Considering that the Pride event is expected to take place towards the end of August 2021, we could see Ariana Grande's concert announced with the next Fortnite update in the coming weeks.

It was also speculated that Ariana Grande would join Travis Scott, Ninja, and LeBron James in the Fortnite Icon Series. The Ariana Grande skin will more than likely cost around 1 V-Bucks, which is the same as Travis Scott.


Of course, this is still just speculation, although the information comes from a reliable source that has been correct many times in the past.

Ariana Grande would also be a great fit as an addition to the game after previously expressing her passion for video games.

She also previously featured in the mobile game Final Fantasy Brave Exvius, after publishers based a character on her likeness. So a Fortnite skin couldn't be so foreign to the pop star.

Fans can expect Epic Games or Ariana Grande to announce the event in the coming weeks. It is more than likely that the event will take place towards the end of the current season.