For the release of its first expansion, Civilization 6 does not disappoint its players. Indeed, many new features, gameplay changes, and new civilizations are to be expected! We summarize the major additions and modifications of this extension. 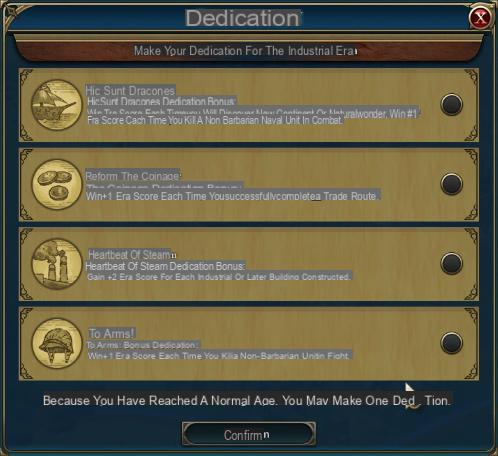 At the dawn of a change of era, you will be asked to choose a Commitment (Dedication on the image above). These will be bonuses that will be permanent for you and your civilization for the entire era that will begin. These bonuses can be

Economic or of any other kind, which will allow you, in addition to chaining the Golden Ages, to continue to prosper towards the victory you are aiming for.

Loyalty is a new factor in the game that will prove decisive. Indeed, as a leader, you will have to make yourself loved by your citizens, by giving them what they want. To gain loyalty, you must never run out of food, housing, or activities. What used to end with a simple barbarian revolt at the gates of your cities, which can be quickly calmed down, will now be much more complicated to control if you ever fall into negligence with one of your cities. 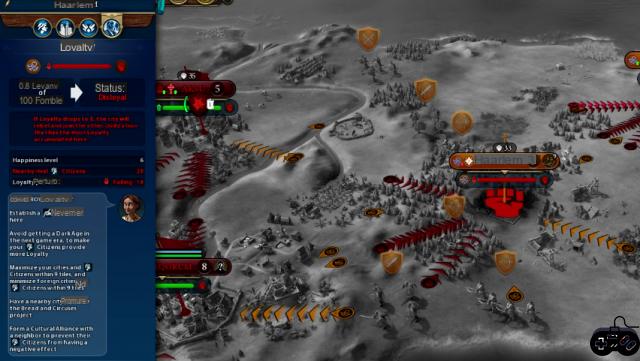 The task of a monarch is very complicated, and becoming a beloved ruler of its citizens throughout the ages will be very complicated. If you ever fail, your citizens may go as far as rebellion, and decide to cut the city off from your empire! This city will then become a free city. 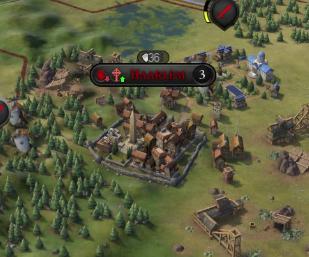 Governors will be here to help you maintain control over your city. It is an entity that can be unlocked according to your progress in the trees (dogmas and technologies), and which will allow you to unlock certain bonuses for your people, while increasing their loyalty. Seven will be available, and each will have a special ability, and will help you with a different aspect of the game. 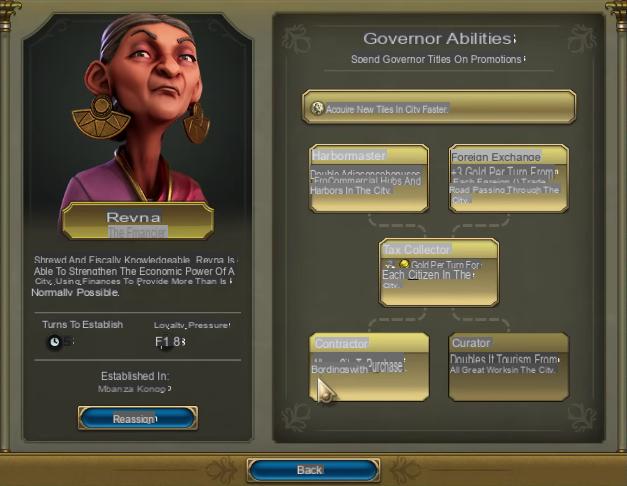 Each Governor will have bonuses to give you, as well as a tree of available improvements from which you will have to choose to take what suits you the most. Depending on your strategy, you may need to change Governors, or keep the one you chose first and wander through its upgrade tree.

Now in Civilization 6, you will be able to create new alliances called "Diplomatic Alliances". In these, when you declare another leader as your friend, you will now be able to unlock exclusive bonuses with that civilization. Exchanges of

Trade Routes, your alliances may prove decisive in your quest for victory. 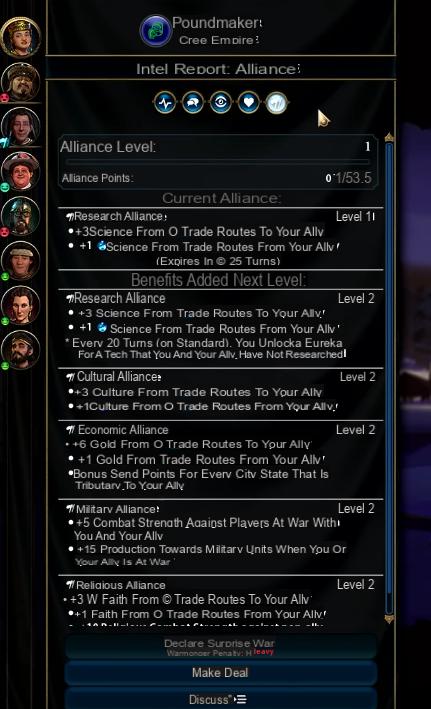 Sometimes, to get out of it, you will have to make a pact with the Devil, even if they are your enemies. When a player triggers an important event in the game (the sending of a nuclear bomb, the capture of an opposing city-state or capital, etc.), this will allow all civilizations not allied with this ci to meet temporarily for an "Emergency". It will be a temporary and unofficial alliance between several nations, which will have to (with a given bonus) reach a goal together to fight against the oppression of the targeted civilization.

Here is the tour of the biggest novelties of the new extension which arrives on February 8, 2018! Prepare well, because the fight to victory will be more strategic and more complicated than ever!

eSports Life: How to Gain Subscribers

Boom Beach Frontlines iOS, how to install and download?

Which house to choose in Fire Emblem Three Houses?

How to win a game in Chivalry 2?

add a comment of What's new in Civilization 6 Rise & Fall