Why was Genshin Impact delayed on Nintendo Switch? 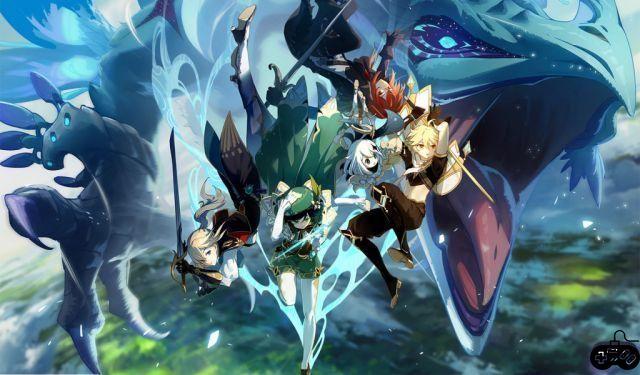 Over six months have passed since the launch of Genshin Impact, miHoYo's RPG that has captivated millions of gamers with its story, setting and huge cast of characters, available on PC, mobile, PS4 and more recently, PS5. However, since its release, one question has been left hanging by the game's millions of fans who have been waiting for its arrival on Nintendo's hybrid console: when will Genshin Impact be released on the Switch?

For those who don't know (or may even forget), Genshin Impact was supposed to release on Nintendo Switch over a year ago, confirmed by an official trailer on the game's YouTube channel, which you can see . below:

After that, no further news was announced 473ur of the port for the hybrid console, and with an updated version for PlayStation 5 available a few days ago, and E3 2021 drawing ever closer, many players have been more than eager to know anything about this future launch.

Now, thanks to an insider from Genshin Report, a group that specializes in disclosing confidential information of this popular title, has revealed that the delay in its launch is due to the limited power with the console hardware, which has hampered His development.

It wouldn't be the first time that rumors surfaced about the delay of this version, since a few months ago it was reported that the developers were having problems with the implementation of microtransactions and compatibility with the eShop, through DualShockers.

Despite this, the insider also confirmed that the development of this port is still ongoing, so more information about the game is expected to be released during the year.


For now, we just have to wait for the news that the miHoYo team has prepared for the launch of Update 1.6, which will bring a lot of new content as part of the Inazuma region pre-launch , including a new character based on the ronin warriors.

add a comment of Why was Genshin Impact delayed on Nintendo Switch?