Why Clash of Clans is so Addictive 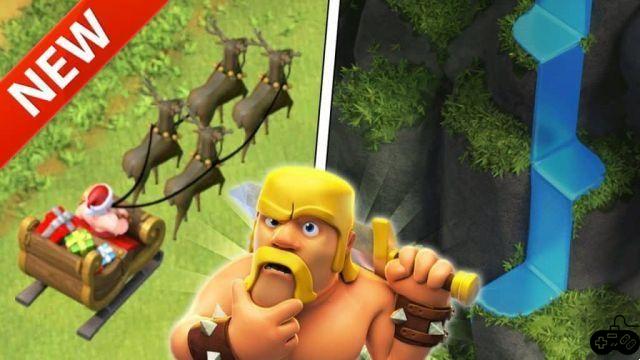 When a game becomes so popular worldwide, it is very normal for people to want to know what is the reason for its success over other games that already exist, however, there are some that become a unique case study for coming to degrees. addiction extremes. have you ever wondered why Clash of Clans is so addictive, for example? This is one of the most interesting applications that has been able to sustain itself with millions of players for a long time.

Why Clash Of Clans is so Addictive

Although Clash of Clans is essentially a game of strategies, battles, villages and characters, there are multiple reasons why it has become so addictive, even to an alarming degree for parents who see children and young people little by little more interested. in the app than in other activities.

Throughout the game, you are achieving multiple achievements, you are going up from municipality, you are achieving new characters, new weapons, you are evolving and you are winning different wars and leagues. None of this is wrong, of course, but younger psyches tend to become adept at that desire for self-improvement and competition to be the best and advance faster than the rest.

In addition to the goals, each one of them will come with different rewards that help the player to obtain the weapons and elements they need to advance. Depending on the achievement achieved, these awards can be small or large. But by continuously achieving these victories and being rewarded, there is a need to continue playing for hours in order to achieve the most of them.

When downloading the app, the first thing that makes it sound attractive is that it has great graphics, good mechanics and its availability on different platforms, all of this for free... up to a certain point. Although the app has no cost to download instantly, during the levels you offers the possibility for users to make micropayments to have an advantage over other players. The rates are very low, so users generally have no problem paying for it, but since it becomes an addictive game, they could end up spending large sums at the end of the month without realizing it.

Clash of Clans, in the same way as many other games, use a chest mechanic or "great loot" for which you have to pay and try the fortune of the players to receive the best rewards, a mechanic very similar to slot machines, so much so, that several countries have considered that it stimulates pathological gambling at an early age and have asked parents to limit the use of the app at certain times.

Why It's Not Advisable to Play With Data Stumble Guys ❯

add a comment of Why Clash of Clans is so Addictive