Which Game is Better CoD or PubG Mobile 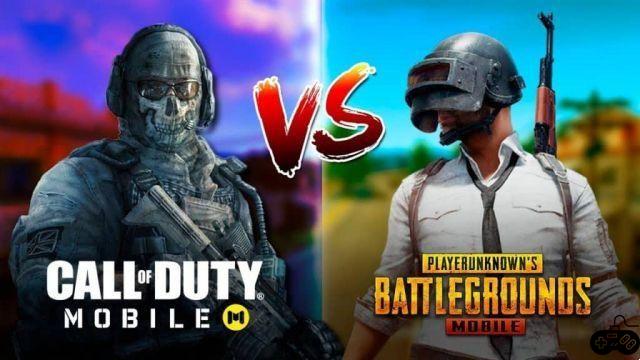 Comparing games is one thing that people love. From the moment the first Call Of Duty came out, then people were equating Battlefield with this saga. Even when Saints Row came out they equated it with GTA. Today we are going to show you which game is better, yes Call of Duty o PUBG Mobile.

First of all, matching two games with exactly the same theme might seem simple to you. However, we start with two deliveries that little should be seen. The projection in time that PUBG Mobile has had makes it gain the trust of its players, while PUBG Mobile, being somewhat new, has few faithful.

Which Game is Better CoD or PubG Mobile

We have to start from the points that we are going to equate to determine which game is better. However, there are few things to compare here. The two games are perfectly separate, with each offering a completely different gaming experience.

However, one thing PUBG fails at is optimization. It happens more than frequently to locate a fault in the connection or in the development of the game. Sometimes it complains, and it loses the connection even when we have it activated. On the other hand, there is CoD, which does not have many optimization drawbacks, nor in its network system. For this reason, we can say that at this point the veteran first-person game wins in comparisons on the Internet.

In game modes, CoD has considerably more, since it is a game dedicated to this. On the other hand, in PUBG Mobile you find the Battle Royale and certain alterations in the same way in which they add peculiarities such as helicopters or hang gliders.


In conclusion, we can not say if one is better than the other, but to say that it would be great to be able to enjoy both games. PUBG Mobile is the mobile version of the first Battle Royale of all, while Call Of Duty Mobile delivers exactly the same game that we all like, but in a mobile version.