Where to Locate M24 PubG Mobile 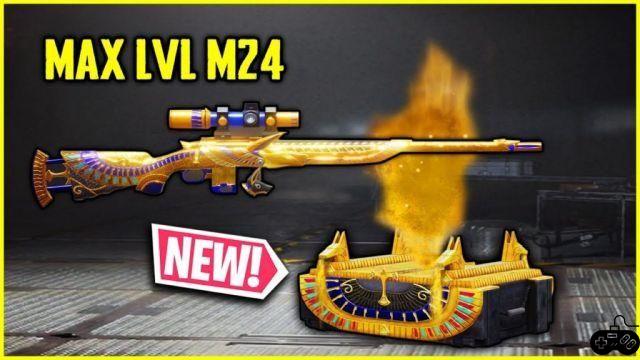 The M24 is a pretty powerful sniper rifle that can help you win games in PUBG Mobile. However, it is identified as being a fairly difficult weapon to achieve. In the article we are going to show you where to locate the M24 in PUBG Mobile, to improve your results in the game and be able to battle as God intended.

The M24 is one of the most powerful weapons in the game. In truth, it is just as functional as the AWM, but with some differences in damage. In addition to this, you can get it dropped in certain houses, in contrast to the previous one, which can only be achieved in air drops.

On the other hand, the AWM kills with a single shot to the head, regardless of the shield, and two to the body as long as the opponent has a shield. The M24, which has lower damage, requires one headshot when the other player is not wearing a level three helmet, two shots if the opponent has a level two or lower shield, and three if they have a brand new level three shield.

Where to Find M24 PubG Mobile

Now that we have verified the functionality of the M24 and that it is undoubtedly a weapon worth achieving. Now, we are going to show you the places on the Erangel map where you can locate the M24 in PUBG Mobile. Although there are red areas on the map, where the loot is higher than in other areas, there is a somewhat higher probability that you will achieve M24 in the ones that we will mention now.


Let's start with East Port. As you know, the weapon spawn procedure of PUBG Mobile it is totally random. Despite this, there is a one hundred percent chance that a Kar98k or M24 will spawn in the shed in this area. This rifle is a bit weaker than the M24, but we still invite you to pick it up.

Another location where you can check is Pilot Plaza. The same thing happens as in the previous case, and it is that you can get one of the two rifles, accompanied by sights up to x3.

The farms to the left and face below the stadium are another vital location to check out. This is a pretty small town, so it shouldn't be a problem to get any of the rifles.

And these are each and every location in the game where you can get the M24. Always remember to accompany it with a x4 or x8 scope to make the most of the benefits of this sniper rifle.

Where to Locate Mira X8 in PubG Mobile ❯

add a comment of Where to Locate M24 PubG Mobile