Where to Find Kar98k PubG Mobile 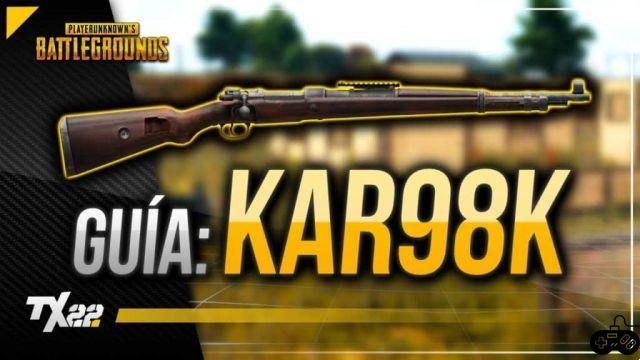 When it comes to rifles, PUBG Mobile is a game with quite a few options, with the specialty that each one of them offers a unique function. In the case of this rifle, it's all about massive firepower, in exchange for a bolt-action mechanism that slows down the firing process. In the article we are going to show you where to locate the kar98k in PUBG Mobile.

As we have previously mentioned, it is a rifle with enormous damage, compensated by its rate of fire, which, in all fairness, is somewhat low. The kar98k is a sniper rifle that can be hit exactly as often as common weapons, such as the skorpion or the M416.

Where to Locate Kar98k PubG Mobile

So we talk about a weapon that for the statistics it has, can be easily achieved. Previously this one had such damage that it was able to take down a player with a headshot, regardless of the helmet they have. Over time, they nerfed it until today you need two shots to the head, and four to the body if the protection is level three.

PUBG Mobile's weapon spawning system is quite simple, but due to the size of the maps, it becomes a bit complex. In certain cases it is luck, however, there are some areas of the Erangel map where the probability of finding a sniper rifle, and among them, a kar98k, increases.

If you want to locate a kar98k in PUBG Mobile, the main areas to look for are large towns or military bases. Mylta Power is one of these areas, as are Pochinki and Yasnaya Polyana.


As we know, Pochinki and School are two areas where players abound in the first five minutes of the game. For this, we invite you to go to the safe areas. Among them are the Sosnovka, Georgopol, Pimorski and Novorepnoya Military Bases.

add a comment of Where to Find Kar98k PubG Mobile