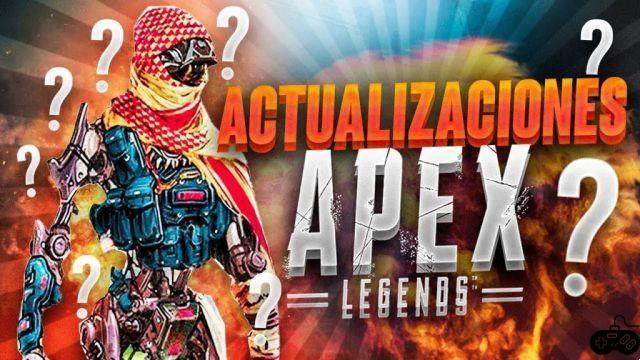 If you are wondering what the new Apex Legends update brings, in this article we will tell you what has changed and why they have decided to correct certain things. Apex Legends it is a game that requires constant maintenance to keep its users active. Not because of anything unique or because the game is bad, but because it is a game in which not creating results in playing the same thing always and in all circumstances, and absolutely no one wants to play always and in all circumstances the same.

This is why from time to time, the development team takes on the task of creating new schemes and new projects, so that players can gradually enjoy more new content.

However, we used to admit to all this and when we enter the game, we can see that nothing has changed. It is as if nothing had been updated, but even so we spent several hours downloading the new data bundle.

In the last update, certain things changed, in case you didn't notice. First of all, we have a new legend story, and it's about Maggie the Fierce. Her abilities are a bit broken, but she's not a character worth using in every game. There is also a new game mode, called Control. It also changed the map rotation. Finally, a new event was added in which you will be able to have three legends, just by entering the game over three weeks.

The only thing it has altered for the worse is the user interface on consoles. Switch, PS, and Xbox users have sometimes reported that they were unable to change the sensitivity themselves, as the AVC setting has completely disappeared. And this is all that has changed in the last season of Apex Legends, in which a long way to go awaits us, full of emotion, game tactics, but above all, a lot of fun.

What Internet Speed ​​Do I Need to Play Apex Legends ❯

add a comment of What the New Apex Legends Update brings