What is the best character in Apex Legends? 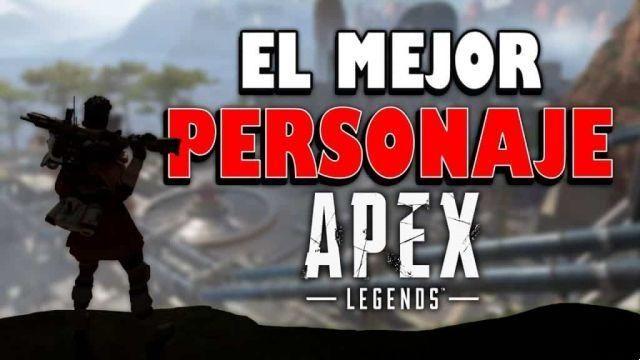 If you want to learn to play better, expanding your statistics and accessing new features, then knowing which is the best character in Apex Legends it could come in handy. Knowing this information will not only lead you to prioritize its acquisition, but also access to its abilities and know how to use them. Stay to read, and learn the best characters of the shooter of the moment.

Keep in mind that you need to know the best character, but it depends on the context and what stage you are in. If you are a newbie, then you might need a completely different one than someone who has been playing for a long time. Knowing the best character for beginners will let you play with him, knowing that you can then learn the set of techniques that will define the role you want to take in a game.

What is the best character in Apex Legends?

First, if you start, we invite you to have Bangalore. She has a combination of pretty extensive abilities, which make her a regular victor, with the ability to show you the way things are around this district.

If you have already defined your strategy and know how to play, you may be interested in having one of the three roles that can be in the game. For this, we are going to show you the best characters for both attackers, protectors and tacticians. If you like to go in front of the opponent, then you are an attacking person. Protectors and Tacticians are for people who don't go into battle much, and others who prefer to resort to strategy, respectively.

The best attacking character is Pathfinder. It is a robot whose unique ability is a hook that allows you to propel yourself into battle, and even run away from it. If you are one of those who shoot at everything that moves, this character is for you. On the other hand, if you are a protector, we invite you to Gibraltar. He is a victor with protection skills, basically shields. This is used as support in combat to heal teammates, or as an escape. If you are a bit more of a planner, we invite you to use Bloodhound. His abilities consist of scanners and passives with which you can warn opponents. This makes you more knowledgeable about the terrain, and gives you the ability to plan your attack.

What is the Best Ping to Play Apex Legends ❯

add a comment of What is the best character in Apex Legends?