What is Skill in Clash Royale 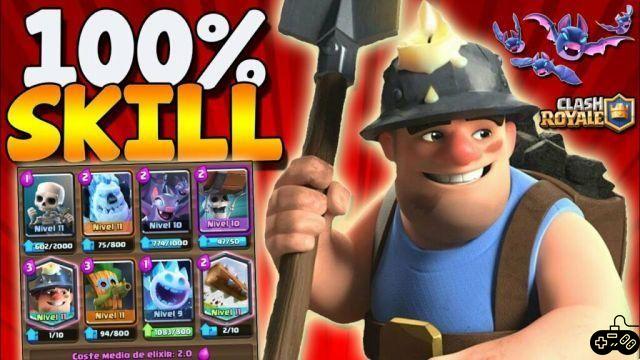 Do you want to know what is skill in clash royale? Well, don't worry! Since now we are going to offer you a very interesting article about everything related to this term that is used in the platforms of the best online game in real time, Clash Royale. In addition, we are going to explain what the decks with the most skill are to get everyone to understand correctly.

Also, let's talk about the skill ceiling and skill floor which are two terms used on the platform. All this with the goal that knowledge is complete and at the moment of playing you perform at your highest level in the battle arena. Without further ado, let's continue with the content!

What is Skill in Clash Royale?

What is skill ceiling?

What is skill floor?

This term refers to the skill number the player needs to deploy a specific card or employ a strategy combat. In this way, a move can be made with correctness.


What is a Skill Deck in Clash Royale?

A skill deck would be a deck with cards so good and well put together, that essentially the player has nothing to do but throw the cards and let them do their job on their own.


This kind of decks are recommended especially for people who do not have much skill, or as they are used to being called for noobsAlthough the strategies can be learned, there are people who don't want to waste their time with this, and prefer to use good decks and have all the dirty work done for them.

What is Tag in PUBG Mobile ❯

add a comment of What is Skill in Clash Royale