What is a Launchable in PubG Mobile 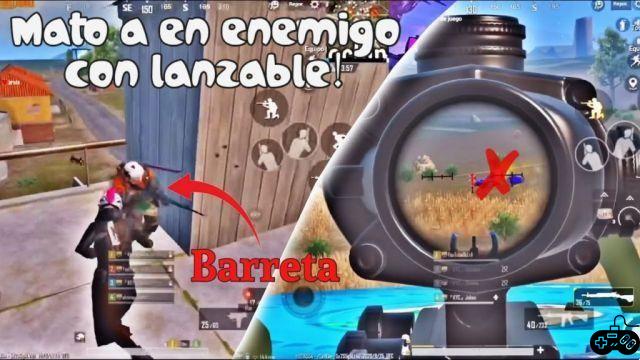 PUBG Mobile has an extensive selection of weapons among which are throwable items. In this little guide we are going to tell you in detail what a launchable is in PUBG Mobile, how to use the objects of this class and the strategies you can continue to win games using them. Generally speaking, a throwable is a weapon that, as its name implies, is thrown and does damage or has a secondary effect. You could see them as something extra and superfluous in the game, but the truth is that they can help you win enough as a bullet weapon.

Example of throwables are each and every one of the grenades in the game. However, these are not the only things that can be launched. To give you an idea of ​​what you can achieve, a grenade is capable of bringing a player out of hiding, without needing to do anything but throw it to the place where he is.

What is a Launchable in PubG Mobile

On the other hand, there are the molotovs, which are the launchables with the most damage in the entire game. Not because they kill you right away they hurt you, but rather also because they are the only weapon that does damage over time. The burns it causes are capable of continuing to lower the health of an escaped player.

Then there are the blinders and the smoke, which are nothing more than distraction bombs that allow you to escape from an opponent, as well as whiten their screen to the point where it becomes impossible for them to do anything.


Not only bombs are throwable objects. In truth, the apple also falls into this category. Although it can only be used in the lobby, it qualifies as a throwable item. Finally, any and all melee weapons are rated as throwable. If you keep one, you can select between throw and hit options.

add a comment of What is a Launchable in PubG Mobile