What Internet Speed ​​Do I Need to Play Apex Legends 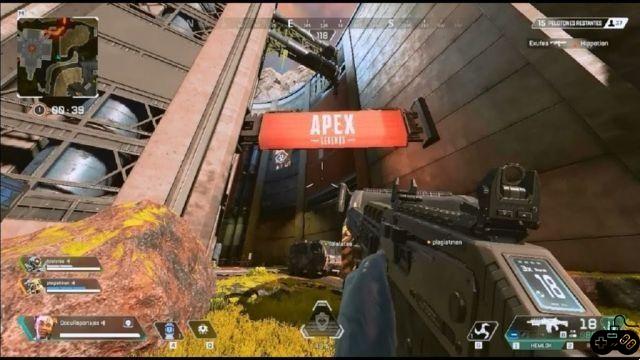 Si Apex Legends you are doing a little badly, you have lags, lack of coordination and in a certain sense, boredom due to the drop in the quality of your game, so you may be wondering what internet speed you need to play Apex Legends. In this little guide we are going to teach you each and every one of the things you need to know before considering changing or improving your internet connection service.

Apex Legends It is a game whose graphic quality is quite good. The characters are brilliantly designed, and the environment is beautiful. However, these kinds of details are things that do not influence the precise internet speed. If you thought that, because it was quite heavy, it required a better connection, you are somewhat mistaken. The way servers work is a bit more complex. The game doesn't have to load the exact same map every time you play, but the actions you take do.

What Internet Speed ​​Do I Need to Play Apex Legends

As a first step, imagine that you enter a game. A kind of file that represents where each and every one of the things is located is finished being created on the servers. This file changes over time, depending on the information that is sent by the players. Then imagine the amount of information handled by the server, which loads a hundred actions at a time, and then the one that reaches you, which is the rendering of everything around you, depending on the situation you are in.

What you need to download then is not a graphic aspect, but rather the changes that each player makes on the map, such as the actions they perform, such as shooting, moving, leaning or opening doors. These data are not totally complex, but considering that many of them are executed at the same time, you should have a promising Internet speed.


One megabyte is more than enough for your ping to be below 100ms continuously and without fluctuations. In truth, this speed is a standard in Battle Royale shooters, as they ensure that your game will go as smooth as possible, and in some cases with 10ms ping.

What Internet Speed ​​Do I Need to Play PubG Mobile? ❯